Marillion – Cruise to the Edge Feature #27 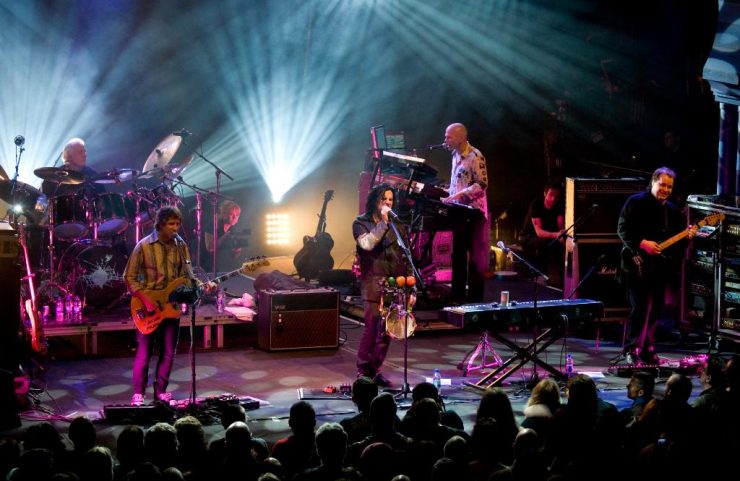 Prog Icons Marillion to perform on Cruise to the Edge.

Marillion have been one of the most successful Prog Rock groups to come out of England since forming in 1979, selling more than 15 million albums.  Originally rising to prominence with eccentric frontman Fish, the band achieved worldwide success with the number one album Misplaced Childhood and the single “Kayliegh.”  Despite Fish’s departure in 1988, the band was able to rise to new heights with new singer Steve Hogarth releasing 13 more studio albums since 1989 including the critically acclaimed concept album Brave in 1994.

Marillion were one of the first band’s to use crowdfunding to finance their albums after the end of the record deal in 1999.  Beginning in 2000, Anoraknophobia and Marbles were the first of their albums to be recorded in his fashion receiving thousands of pre-orders.   Known as much for their impressive live shows as their albums. the band continue to remain one of Prog’s best selling live acts.  Bassist Pete Trewavas is also a member of Prog supergroup Transatlantic.