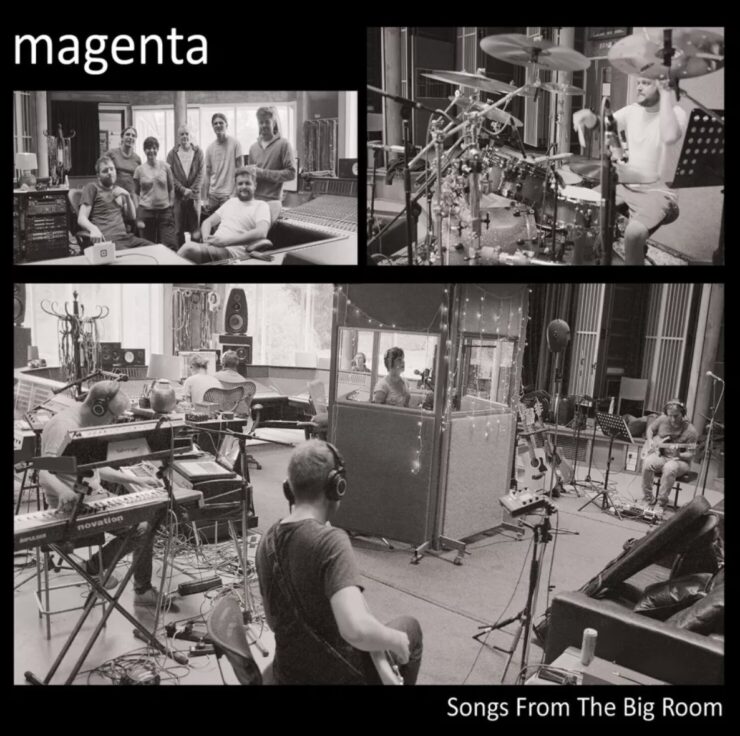 Magenta have just released a new EP titled Songs From The Big Room.  You can watch the video for the new song “Too Many Voices” here:

The new EP, recorded at Real Word Studios, was funded by Magenta fan Andy Goodall who passed away early 2020 and left a generous donation to see the band continue to record and make music.

Vocalist Christina Booth says this about the album, “Music is magic in the way it brings people together. It introduces strangers who then go on to become friends and the impact music can have on people’s lives is far-reaching. This EP is dedicated to the memory of one of our friends, Andy Goodall, who sadly passed away in 2020. Andy was a gentle giant, a passionate music lover and supporter of live music. His generosity has allowed Magenta to carry on making music. We wondered how best to thank Andy and honor his memory and decided after the last 18 months of not being together as a band, that immersing ourselves in the wonderful environment of Real World Studios would be such a treat.”

Magenta: Songs From The Big Room
1.Too Many Voices
2.Because *
3.Breaking Point

Oli Jacobs Real World Mixes
4.Too Many Voices
5.Because *
6.Breaking Point
7.Because * (Chimpan A Mix)

The EP is available here.