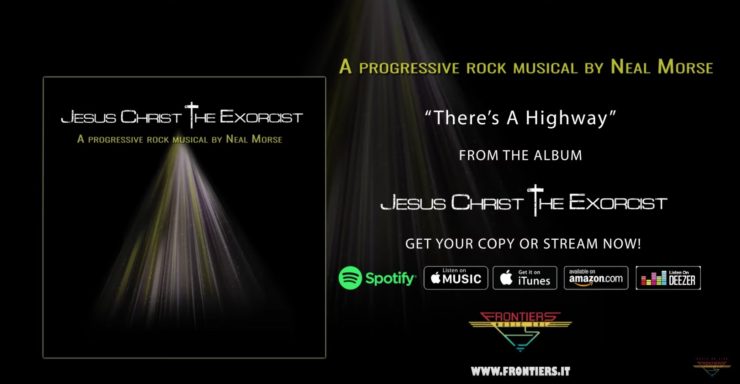 The record will be released June 14, 2019 on a double album set featuring about two hours of music.

“Jesus Christ – The Exorcist” is a monumental project in Neal Morse’s already impressive discography. A Progressive Rock Opera 10 years in the making, it was written and produced by Morse and includes performances by Neal and an all-star cast of vocalists and musicians. “Jesus Christ the Exorcist” will be released on June 14, 2019 on a double album set featuring about two hours of music that will encompass all the spectrums and genres Neal Morse is known for and will, of course, tell the Story of Stories.

Neal Morse had say about the latest single, “There’s A Highway” – “This song is about Jesus beginning his ministry and telling people to “repent for the kingdom of heaven is at hand”. The concept of “There’s a Highway“ is that if we humble ourselves before God, then he will lift us up! For those who are feeling low, there is a “Highway” to a better place indeed! Thought this would be a nice song to release on Good Friday. God bless you all!”

You can preorder the album and more Here:

With a cast of amazing vocalists and musicians like Ted Leonard, Eric Gillette, Nick D’Virgilio, Randy George, Bill Hubauer, Matt Smith, and others, this progressive rock opera is a landmark event that will leave its mark on every listener. “Let him who has ears to hear…let him hear!”