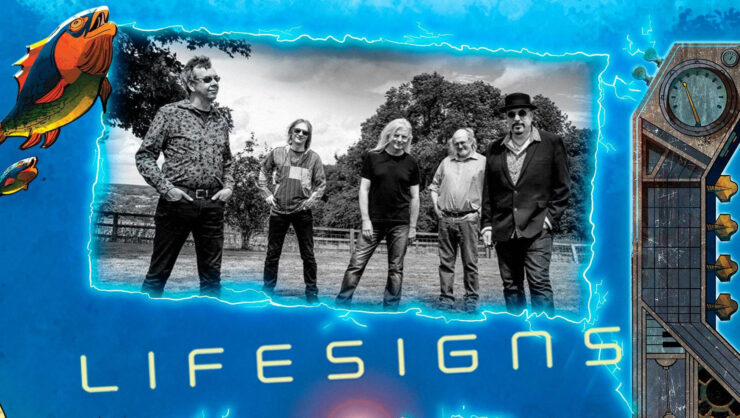 Returning after a year away from the ship is Lifesigns. The group started back in 2008 when veteran musician John Young began working on his first prog album which would become Lifesigns. Two years later Young was joined by longtime friend Nick Beggs (bass), and by Martin “Frosty” Beedle (drums) to complete the first lineup of the band. Their self-titled debut album, was released in 2013 with notable guest stars such as progressive rock legend Steve Hackett (Genesis), Jakko Jakszyk (King Crimson), Thijs Van Leer (from Focus) on flute, and Robin Boult (from Fish) on guitar. In 2018, the band released the long-awaited follow-up Cardington with Jon Poole on bass and a mix of guitar players including Dave Bainbridge, Menno Gootjes, Niko Tsonev and Robin Boult. As of December 2019, the band were in the studio writing and recording their third album, and will be out on tour in March. They just released the video for “Impossible” from the last album. The band also appeared two additional times on Cruise to the Edge, in 2014 and 2015.