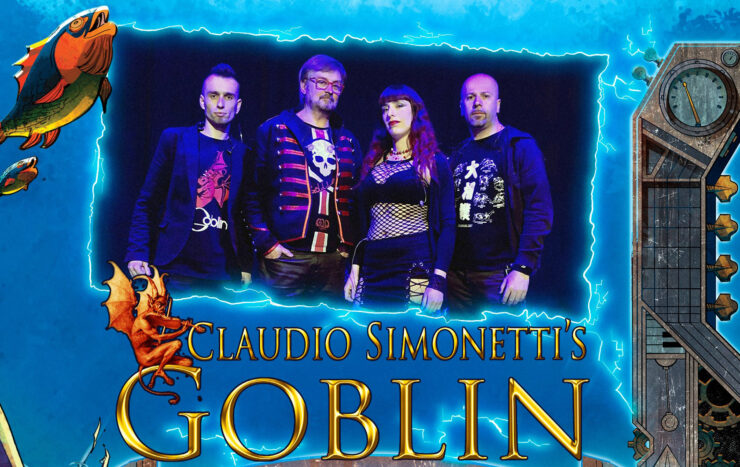 Claudio Simonetti’s Goblin is original Goblin member Claudio Simonetti’s version of the pioneering Italian progressive rock band known for their soundtrack work. Since their inception in 1972, the band originally known as Goblin, has gone threw many line-up changes and incarnations. In 2010, Simonetti reunited with his former Goblin bandmates Massimo Moranti and Maurizio Guarani along with his group Daemonia’s rhythm section to form New Goblin. They played several concerts around the world. This lasted until the fall of 2013 when he left New Goblin along with Daemonia’s rhythm section to reform Daemonia under the new banner Claudio Simonetti’s Goblin. The group blends jazz, prog rock, and heavy metal into their own unique effective and totally distinctive style.  They released a new album titled ‘The Devil Is Back’ in 2019, a perfect mix of progressive rock, horror soundtrack and violently smashing rock.