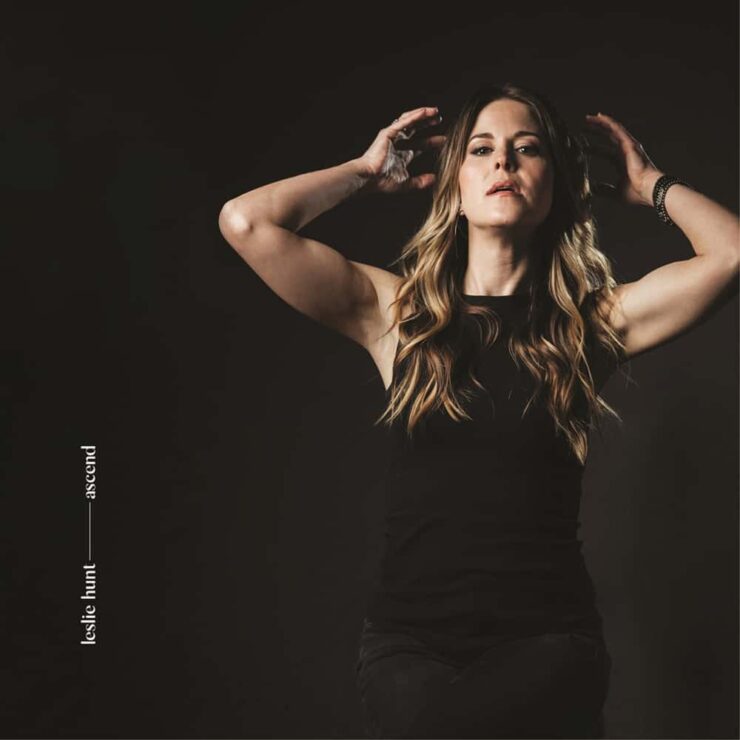 The Prog Report is pleased to premiere the video for “There You Are”, the brand new video from LESLIE HUNT, ex. American Idol finalist & District 97 lead-singer. The track is taken from her upcoming 7 track EP titled ‘Ascend’.

” ‘There You Are’ is a song about accountability that playfully points out how we all love to play the victim from time to time when things aren’t working out,” says Leslie Hunt. “I wanted to do a video where I could rock because I missed rocking out so very much when people stopped gathering in groups. A lot of my solo material thus far has not rocked as hard as this song does so I wanted to share the not-so-soft side of myself as a singer/songwriter.”

Leslie also offers insight to her video attire, “I decided to wear a BLM t-shirt in the video because it’s one of the biggest movements of my lifetime so far and I want to keep doing whatever I can to continue the dialogue and self-reflection.”

“Ascend” offers seven superbly crafted songs each one displaying an honesty & grace mixed with an impassioned beauty and marks Part One of a 2-EP Set with a further 7-Track CD EP titled “Descend” to be released in September.

Leslie Hunt began her musical career at the tender age of four, playing piano and singing around her hometown of Chicago. Over the years, Leslie has performed on many stages in various roles, developing as a performer and gaining critical acclaim throughout the process. Many will remember Leslie from her appearance and relative success in the singing competition, American Idol, where she progressed into the Top Twenty Female Vocalists during Season 6 of the popular TV show in 2007. Since then, Leslie has continued not only as a solo artist with the release of three albums, “From The Strange To A Stranger” (2006), “Your Hair Is On Fire” (2009) & “Wait For It” (2012), but also as lead vocalist and songwriter for the exploratory Progressive Rock band, District 97.

The captivating rise of Leslie Hunt now continues with the release of “Ascend”, her latest solo EP. A collection of seven exquisite new songs, each one brilliantly written and performed, displaying an honesty and grace mixed with an impassioned beauty. Seven gorgeous and affecting reflections on how we’ve all no doubt felt about love and life at some point in our lives, captured and expertly shaped in the hands of this studied artist.

Whether it is a cheerful, hook-heavy pop tune about love or a dark and insightful ballad of self-discovery, Leslie Hunt’s music is a window into her soul for any listener willing to look.