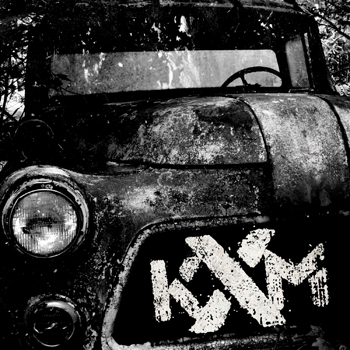 KXM is the latest in a long line of supergroups and is one that needs paying attention to.  Featuring Doug Pinnick (King’s X), George Lynch (Lynch Mob and Dokken) and Ray Luzier (Korn), this is a trio that after such a short time together sound as in synch as many groups that have been together decades.  With supergroups it can be hit or miss and I was not sure what to expect from this band.  But with every listen it keeps getting better and better.  The truth here is that this album simply rocks.  Much like The Winery Dogs surprised a lot of people with its songwriting from a trio that had never worked together, KXM are here to make their own statement.

While it has been more than 5 years since the last King’s X album, this trio has sort of a similar vibe if not heavier, especially with Pinnick on lead vocals.   Pinnick continues to show why he is still one of the preeminent frontman in rock history.  The production is top-notch.  Lynch’s guitar tone is rich and allows him to show a different style than what he’s been known for.  Luzier brings power and groove to each song, making the sound for 3 guys powerful enough to fill an arena.

From the first tribal percussion sounds of “Stars” the debut album from supergroup KXM, grabs your attention.  The riff kicks in riding along Luzier’s double bass and off-time high-hat and the song takes off from there.  The chorus has a great hook as Pinnick sings “you see the stars when its really dark” making this a great kickoff song to a killer rock record.  The middle break features some metal infused double bass and then shifts into a groove allowing Lynch to do a melodic almost Santana influenced solo.

“Rescue Me” features an odd time beat and riff that recalls King’s X in their heyday.  A solid first single and video, “Rescue Me’ has a simple driving beat through the verses and probably the best chorus on the album.  In any reasonable time this is a hit.  Pinnick is the star here vocally sounding like a 20-year younger version of himself.  The harmonies in the chorus really make it standout as an arena rock anthem.   The trio then ride the opening riff through the middle sections allowing Lynch to do his thing.  The third track, “Gun Fight” is the metal track on the album with a unexpected synchopated drum beat and guitar riff to open the song.  Also, making an appearance are the King’s X harmonized vocals we’ve been accustomed to with Pinnick’s vocals.  Lynch’s playing on this song as on much of the album is understated but very effective.  He doesn’t show off and take over songs, but plays just the right part at the right moment.

From the opening assault of the first three songs, the band slow it down with the bluesy “Never Stop”.  This track has a distinct 70’s vibe and adds a dynamic to the album that fits nicely among all the heavy rock tracks.  The next track is the killer “Faith Is A Room” which might be the most current sounding song and likely influenced by Luzier being a member of Korn.  This is the song where you find yourself headbanging.

When the next song hits, “I’ll Be Okay”, you begin to think to yourself there really might not be a bad song on this album.  Each song has its own vibe and direction but they all kick ass.  This is the song where Lynch shows off his chops in the middle of the song showing he has lost nothing from his Dokken days. Again Luzier’s drumming just keeps the aggressive pace and gives each song its own powerful vibe much like Portnoy does with The Winery Dogs.

On “Sleep” Pinnick tells what could be an autobiographical story about his mom and dad and abuse.  It’s a slower heavy blues track with King’s X vocals hauntingly asking “Do you plan on sleeping tonight?”  The song “Burn” features a beautifully executed middle section which leads into an awesome almost prog influenced drum break,  Pinnick then returns to lend his chops to the song and bring it home.  This is also one of the best songs on the album.

The last song Tranquelize” is an instrumental which is a fitting way to close the album.  It sounds like a jam but the band sounds extremely tight nonetheless.  Luzier’s drum groove under Lynch’s soloing and Pinnick’s driving bass make this another great track to what was an enjoyable ride.   The members credentials as musicians did not need any verification, but here it is the high quality of the songwriting and pristine production that stand out most on this album.  For a debut album by 3 musicians from seemingly different musical circles, they have made a great rock record for 2014 and hopefully there will be more to come.