Bigelf – Into the Maelstrom CD Review 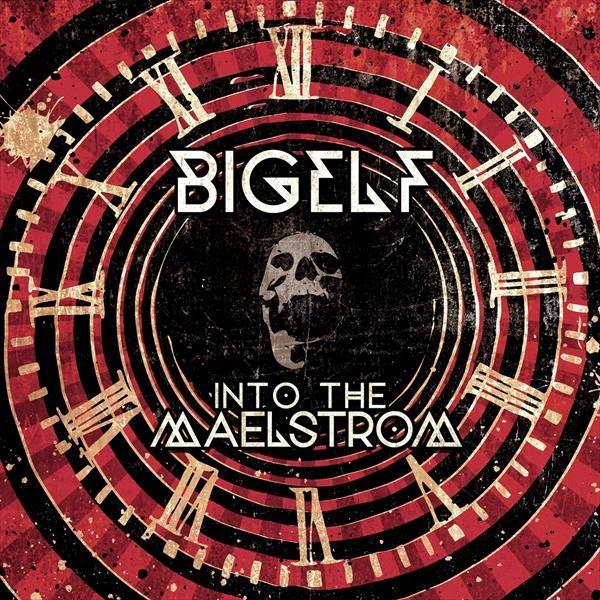 Bigelf are one of the more unique bands in Prog.  Drawing heavily from 70’s bands, they have kept their psychedelic sound intact even after a 6 year hiatus.  Documented in a recent interview with The Prog Report, Damon Fox, the man behind Bigelf, talked about the band breaking up following the success of Cheat The Gallows in 2008.  With a push from Mike Portnoy, Damon was encouraged to bring Bigelf back on the condition that Portnoy take over the drum duties for this album  He agreed and an album was made.  While the recording took over a year, it is a welcome return by this heavy rock group, which now features Luis Carlos Maldonado on guitars along with Duffy Snowhill on bass.

The album kicks off with the rocking “Incredible Time Machine”, which easily reminds a listener of a Beatles John Lennon rocker.  At times, Damon even sounds exactly like Lennon.    There is a bit of a circusy-vibe to the track which shifts tempos and song structure midway through.  Mike Portnoy’s drums lend a bit more power to the band but he does a nice job of fitting into the music and not taking it over.  Over the last few years he has shown quite an ability to adapt to his musical surroundings, expanding from his prog metal roots into more straight rock drumming as with The Winery Dogs and now Bigelf.  The keyboards are prevalent but do not overtake the record, allowing for a more diverse musical landscape.

The second track “Hypersleep” is more typical Bigelf fare, recalling earlier albums such as Hex and features a killer riff that would fit on an old Thin Lizzy record.  Heavy powered strings drive the middle section of the song, which sounds particularly strong live as well.  One of the highlights of the album is the track “Already Gone,” which is a different sounding song recalling a bit of Jellyfish.  The chorus has some great harmonies and could be one of the more poppy songs from the band.  The song shifts styles midway through into a heavier section and then goes into a shredding guitar solo and building to a crescendo.  The album focues on a more overall sound without featuring any one instrument directly.  The band also incorporates some early rock production techniques such as panning the guitar solo in “Already Gone” completely to the right.  Another highlighted track is the 4th song, “Alien Frequency” which is where Portnoy really lets loose with his Prog fills and is easily the most “Prog” song on the album.  Another song destined to be a live staple for the band, I wouldn’t be surprised for this song to be another video off the album.

“The Professor and The Madman” is an experimental track kicking off with a sitar sound and high vocal harmonies.  The song zig zags through different styles and sections, very much trying to build story.  The album continues with the subdued “Mr. Harry McQuhae” asking “Can I help you find a way back home?”  The song has a heavy chorus but mostly glides along a beautiful melody in the verses until the middle where there some fireworks.  The rest of the song is mostly instrumental.  As a listener you begin to expect that each song will take you on a journey, not just repeat two parts over and over.

“Control Freak” is at first an odd choice for a single, but it does combine all the elements of the album and prepares the listener for what this album is all about;  a heavy guitar driven album with a few acoustic elements thrown in for good measure.  Vocally, Damon shines on the song and Portnoy channels his inner John Bonham.   The album culminates in the lengthy “ITM-Part 1-Desintation Unknown”  The first half of the song is instrumental building towards an epic ending that even recalls Portnoy’s other supergroup, Transatlantic.

While most people think of Prog as simply lots of notes, long and heavily produced songs, Bigelf has maintained its sound and production. sticking to what makes this band unique and special.  And it is great to have them back making music once again.  While not breaking any major ground with this release, they have taken a few steps forward and produced a stellar record for the Bigelf fan.

“Into The Maelstrom” track listing: