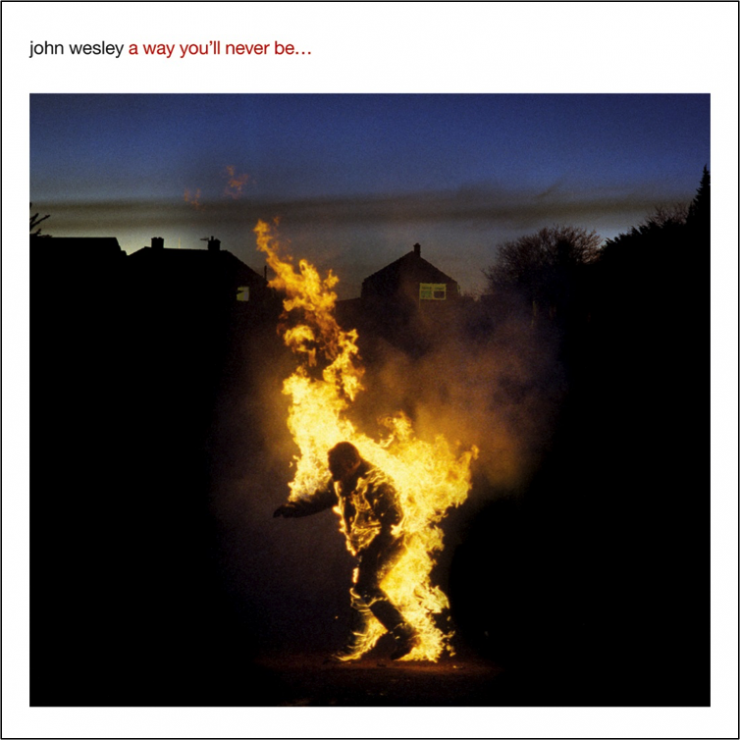 Review of the new John Wesley album ‘a way you’ll never be’ out on Oct. 7th.

Guitarist John Wesley, known for his work with Porcupine Tree and Marillion, has always been one of Rock’s best kept secrets. A skilled guitarist, celebrated among his peers and contemporaries, Wesley has grown into a solid singer and songwriter over the last decade. His latest album, the intentionally all lower-case ‘a way you’ll never be’, finds Wesley presenting his strongest collection of material as a solo artist, and makes the case for greater success. Additionally, with opening slots booked for Marillion and Steven Wilson tours later this Fall in the US, the album is perfectly timed to raise awareness to this talented artist.

Any fans that saw Wesley as touring guitarist for Porcupine Tree will immediately take to the album’s opening track, the hard rocking “by the light of the sun”. The song has the same feel as the classic PT track, “Blackest Eye”, but rather than add any acoustic guitars, Wesley maintains the hard rock vibe and allows the massive guitars find their place right up front in the mix. Few albums today feature the guitars so up front these and one thing is for sure, Wesley can get a killer guitar sound.

The following two songs, the title track and the album’s second single “to outrun the light” both are more mid-tempo tracks with distorted arpeggiated guitars leading the way. The trio of Wesley, bassist Sean Malone and Drummer Mark Prator, make a for a rock solid trio, giving the album a little hint of early 2000’s Rush on some of the album. Both songs are just long enough at around 7 minutes to provide the group with a enough room to jam and explore the song’s territory.

Other songs like “The Revolutionist” pick up the pace a bit and the middle break is explosive. Wesley’s guitar chops are on full display here as well as on the instrumental track “unsafe space”, a slower bluesy number with some incredible playing by all three members. The haunting ballad on the album, “the silence in coffee” is beautifully presented with just vocals and guitar for a break a change of pace but with no drop in intensity.

While ‘a way you’ll never be’ is more of a Rock album than a Prog album, fans of Rush, Porcupine Tree and of John’s other work, will be thrilled with this album. The songs are great and the production top-notch. Wesley continues to step up his game with this collection of material. Don’t miss the album and catch him on tour for a great night of Prog!

Check out out interview with John on the new album and upcoming tour.

Released on Oct. 7th, 2016 on InsideOut Music
Key Tracks: by the light of a sun, to outrun the light, the revolutionist