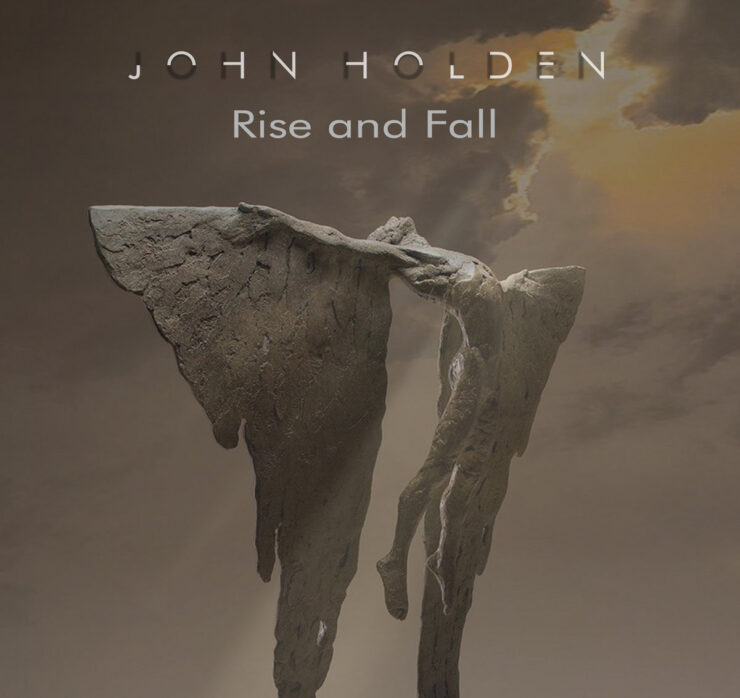 Review of the new John Holden album – Rise and Fall

2018’s Capture Light was English musician/ songwriter, John Holden’s debut release and, two years later, it has been great to listen to the follow up, ‘Rise and Fall’, a combination of John’s music with lyrics by his wife Elizabeth and himself. In a similar manner to, say, Big Big Train, each track is based on a historic event and the accompanying booklet not only has an individual image for each track, but the “background story/ myth”, is the listener can immerse themselves in the narrative and the music. Similar to a movie director, Holden casts his vignettes with the players suitable for each aspect, complimenting his own multi-instrumental contributions. International names, such as Nick D’Virgilio (the album’s drummer), Yes’s Billy Sherwood (bass), and Mystery’s Jean Pageau and Michel St-Pete join the “best of British” cast members which include Oliver Wakeman, Peter Jones, That Joe Payne, Simon Fitzpatrick (bass), Oliver Day (guitar), Sally Minnear and many more. However this isn’t a collection of “guest spots” dressed up as an album, and each contributor colours, rather than dominates, the canvas.

The album’s cast is reflected in the varied sounds and styles that arise throughout. Kicking off with “Leap of Faith”, the distinctive vocals of Peter Jones tell the story of an 11th century monk’s attempts at flight (further explained in the sleeve notes) with proggy feature points. You could contrast that with “The Golden Thread”, a duet between That Joe Payne and Lauren Nolan (a love song/ requiem) beautifully accompanied by Oliver Wakeman or “Dark Arts”, the album’s most “rock” track, powered along by Sherwood’s bass, and NDV’s lyrical drumming.

I’ve mentioned the accompanying stories and artwork, and a track like “Heretic”, an amazing duet between Joe Payne and the angelic Sally Minnear, is hugely enhanced by understanding the origin, as well as the message of hope that ends the song. Special shout out on this one to Oliver Day whose guitar playing features on many tracks. Known for his Yes tribute band involvement, Oliver really strikes out in his own style on this album. The guitar solo in “Heretic” is truly memorable and he is involved in the arrangenent of the Sally Minnear feature track, After the Storm, which has some standout moments from the album’s main keyboard player, Vikram Shankar.

Closing track, Ancestors and Satellites returns to the themes of Leap of Faith, tracing man’s early attempts at flight through to the wonders of space travel. The track serves as a curtain call for most of the players on the album,topped off by a fantastic guitar solo by Michel St-Pere.

This is a really enjoyable and very well crafted album. I would definitely recommend fans of bands such as Big Big Train, Mystery and Yes to check this out. John Holden has produced another labour of love, with well crafted songs and concepts, and an all star cast.