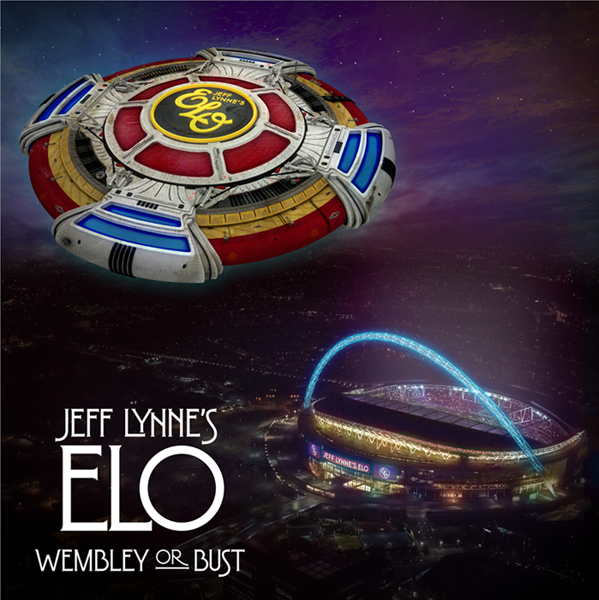 Live set due out Nov 17th

Having released an acclaimed new album ‘Alone in the Universe’ in 2015, sold out multiple arena tours, and had an induction into the Rock and Roll Hall Of Fame, Jeff Lynne’s ELO will release a live CD/DVD of their legendary concert at Wembley Stadium in June. Titled ‘Wembley or Bust’ and directed by Paul Dugdale it is out on multiple formats November 17th on Sony Music.

In ‘Wembley or Bust’ we see Jeff and his remarkable musical ensemble filling Wembley Stadium with one of the greatest rock & roll spectacles of all time, complete with bells, whistles and spaceships in front of a 60,000 capacity crowd. As Jeff says himself, ’It’s the best time I ever had in music… It is beyond anything I could have imagined.’

Most importantly, the film includes performances of many of the most beloved songs of our lifetime, from vintage ELO classics like “Mr. Blue Sky,” “Livin’ Thing,” and “Evil Woman” to “Do Ya” from his days with The Move, “Handle With Care” which he recorded with the Traveling Wilburys, right through “When I Was A Boy” from his latest ELO masterpiece, Alone In The Universe.

More popular than ever, Jeff Lynne’s ELO have always been known for their epic live shows and with a distinct style that seamlessly and innovatively blends rock, pop and classical, ELO has had twenty six UK Top 40 singles, making Lynne’s sweeping productions some of the most recognisable music of the last forty years and helping sell over 50 million records worldwide.

Widely agreed upon as one of the greatest record producers in music history, Lynne was a co-founder and member of The Traveling Wilburys together with Bob Dylan, Roy Orbison, George Harrison and Tom Petty as well as a producer and collaborator with some of the biggest names in music including The Beatles, Paul McCartney, Ringo Starr, Joe Walsh, and, most recently, Bryan Adams.