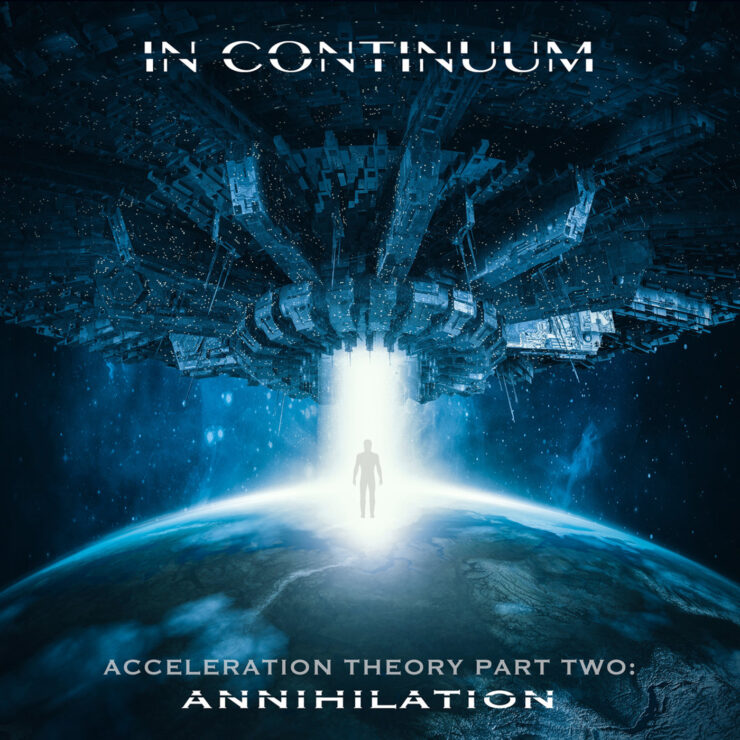 In Continuum announces the release of their second album! Earlier this year frontman Dave Kerzner had collaborated with his Sound of Contact band mates past and present to put out the first in a series of sci-fi fi progressive rock albums called “Acceleration Theory” with his new band/project In Continuum. Now, at the end of the same year, comes the follow up album called “Acceleration Theory Part Two: Annihilation” which has just become available on CD and HQ digital download from Kerzner’s Sonic Elements Bandcamp as well as being available on Apple iTunes, Amazon and others.

“This second album offers a satisfying conclusion to go along with our first album which ended on somewhat of a cliffhanger” says Kerzner “But, that doesn’t mean it’ll be the last one in the series”.

Acceleration Theory Part Two: Annihilation is the follow up album to In Continuum’s Acceleration Theory Part One: AlienA released in January 2019. Both are cinematic Progrock concept albums dealing with alien visitation in the future and the fate of mankind. Like their debut, the new album once again features an all star cast of musicians including: Dave Kerzner, Matt Dorsey and Randy McStine from Sound of Contact, vocalist Gabriel Agudo from the Steve Rothery Band, drummers Nick D’Virgilio and Marco Minnemann (of Big Big Train and The Aristocrats respectively) and special guests Michael Sadler (Saga), Jon Davison (Yes), John Wesley (Porcupine Tree), Fernando Perdomo (Dave Kerzner Band), Leticia Wolf (The Dead Deads) and more.

The album was mixed and produced by Dave Kerzner and features songs written mainly by Kerzner with a variety of tracks co-written with Simon Collins, Kelly Nordstrom and Matt Dorsey from Sound of Contact.

Check out an audio preview of the album here: