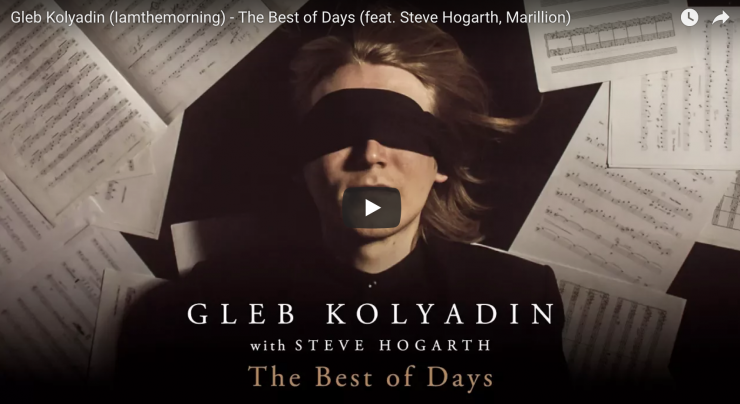 New album from the iamthemorning pianist out Feb 23rd, 2017

“The Best Of Days” features the instantly recognizable vocals from Marillion’s Steve Hogarth, on the collaboration Steve comments “Gleb is a beautiful pianist and a great musician. I was invited to collaborate on his new solo album and my mind was made up as soon as I heard the music.”