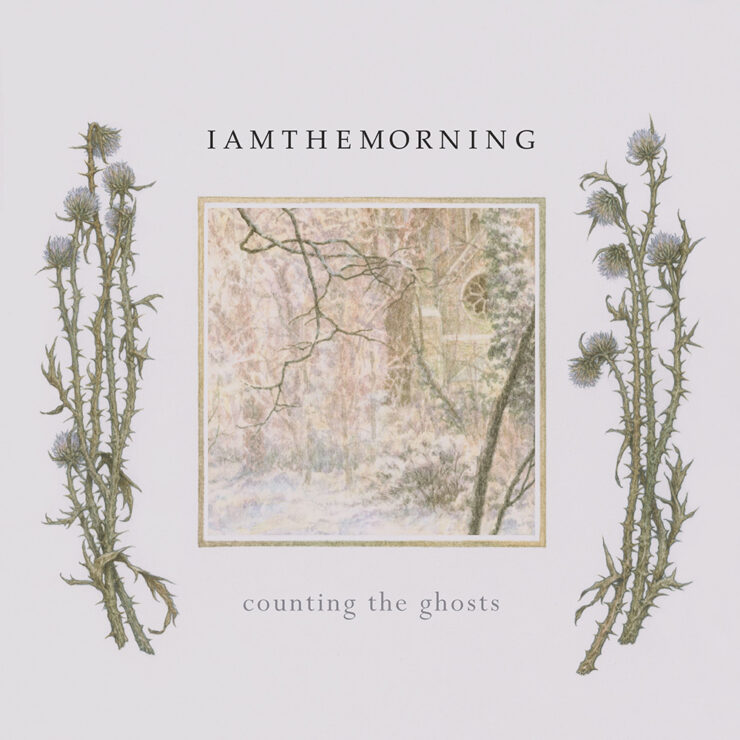 Following the success of their most recent studio album ‘The Bell’ in 2019, Iamthemorning are set to self-release new EP ‘Counting The Ghosts’ on 4th December to raise funds to record their new album next year.

Consisting of 4 tracks and recorded in isolation in the UK, Russia and Canada, ‘Counting The Ghosts’ features 2 new original songs from the duo of Marjana Semkina and Gleb Kolyadin, alongside 2 traditional Christmas choir pieces that have been reimagined by the band. Vocalist Marjana comments:

“Cradle Song is something I wrote just a couple of weeks ago – it wasn’t supposed to be anything, just a demo I recorded spontaneously to try out the new guitar. Gleb loved it so we decided to use the track and arranged it together – i play the guitar myself in the final recording alongside our sound guy Vlad Avy who added his guitar on top of it. The lyrics are influenced by writings of William Blake and stylised after him.

Title track ‘Counting The Ghosts’ is a thought provoking tribute to the dark year that has been 2020, Marjana adds, “As you will hear i don’t have much good things to say about it. “This year is over but nothing feels right, we have come a full circle while burning alive” pretty much sums it up for me.”

The other tracks on the EP see Iamthemorning adding their own twist to two traditional festive songs, the 12th century hymn ‘Veni Veni Emmanuel’ and the more modern piece ‘I Wonder As I Wonder’ which was thought to be collected by John Jacob Niles in 1933 from a young traveling evangelist Annie Morgan. Marjana states

‘This arrangement is based on the one by John Rutter but again adjusted to fit the character of music we make.’

While the multi-layered arrangements of ‘Veni Veni Emmanuel’, which sees Marjana singing in Latin, were inspired by the works of Benjamin Britten.

Pre-order’s for the EP begin on Friday 6th November via the band’s Bandcamp page – https://iamthemorningband.bandcamp.com