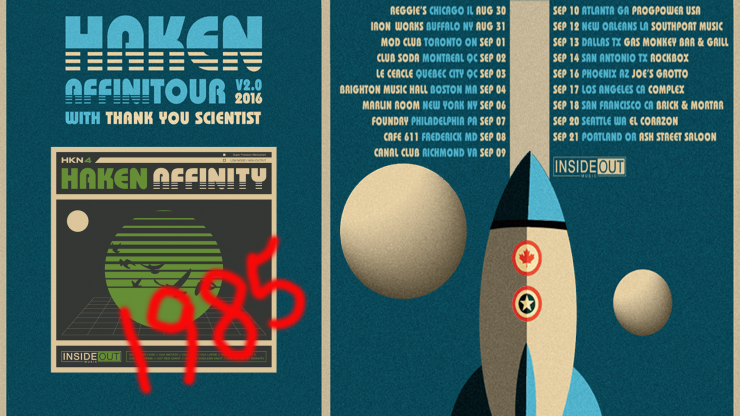 London-based progressive metal band HAKEN are set to begin their highly-anticipated headlining “Affinitour” in North America next week. The tour kicks off in Chicago, IL on Aug. 30th and concludes in Portland, OR on Sept. 21st, with a stop at major US festival ProgPower in Atlanta on Sept 10th. New Jersey Prog outfit Thank You Scientist, who recently just released their new album ‘Stranger Heads Prevail’ joins the group on this 19 date trek.

In advance of the tour, the band have released the album track “1985” which can be heard here. The song was inspired by the music from the 80’s, with the use of synths and electronic drums making an appearance.