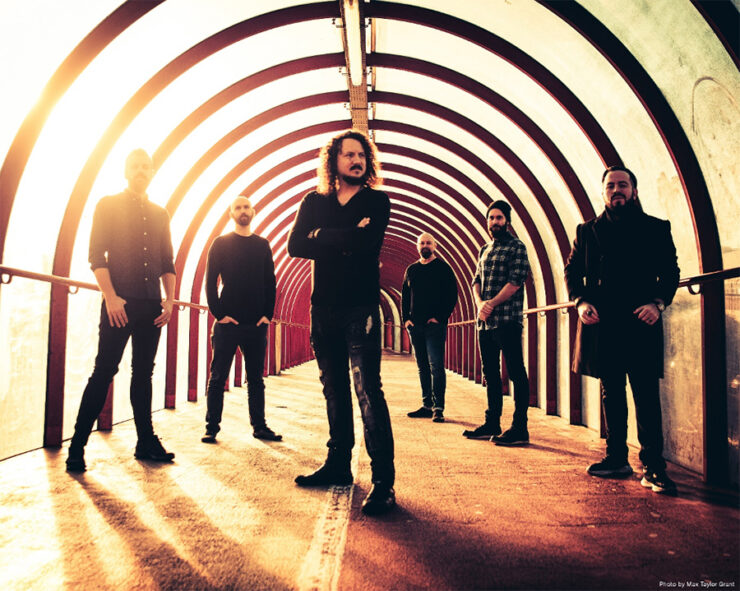 In a statement on Facebook on Monday, Nov 22nd, Haken and keyboardist Diego Tejeida have parted ways.

The band said: “Dear all, we unfortunately have to announce that Diego is leaving us for pastures new. We’d like to thank him for sharing the journey with us so far and we couldn’t be more proud of the music we’ve created over the years. We are so grateful for all of the accomplishments, adventures and good times we’ve shared together. But never fear! Haken will continue with its mission to bring you the music we are passionate about (and we’ll have news on that soon), but in the meantime, join us in wishing Diego all the best in his future musical adventures.”

Tejeida added: “I am very proud of what Charlie, Conner, Ray, Richard, Ross, and I have accomplished together. Looking back from the point where the band is now, it’s crazy to think that almost 13 years ago, we were a local London band with big dreams, playing to small crowds. With every album and every show, we grew immensely as both musicians and individuals. However, as in every human relationship, sometimes people grow apart.

You can see the full statement here: 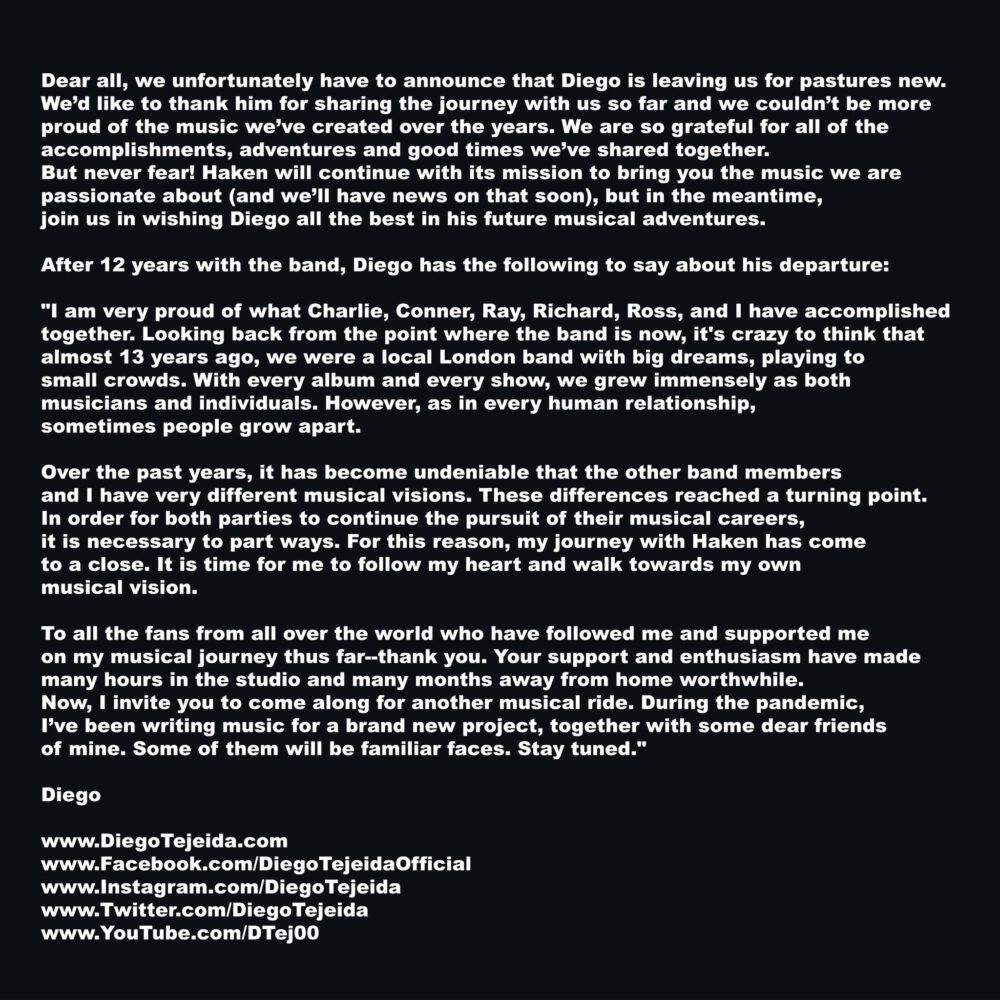 HAKEN is making its much anticipated return to North America, joining prog metal legends Symphony X on a co-headlining tour in 2022. Symphony X are celebrating their 25th anniversary! Trope will also be on the tour as opening act.