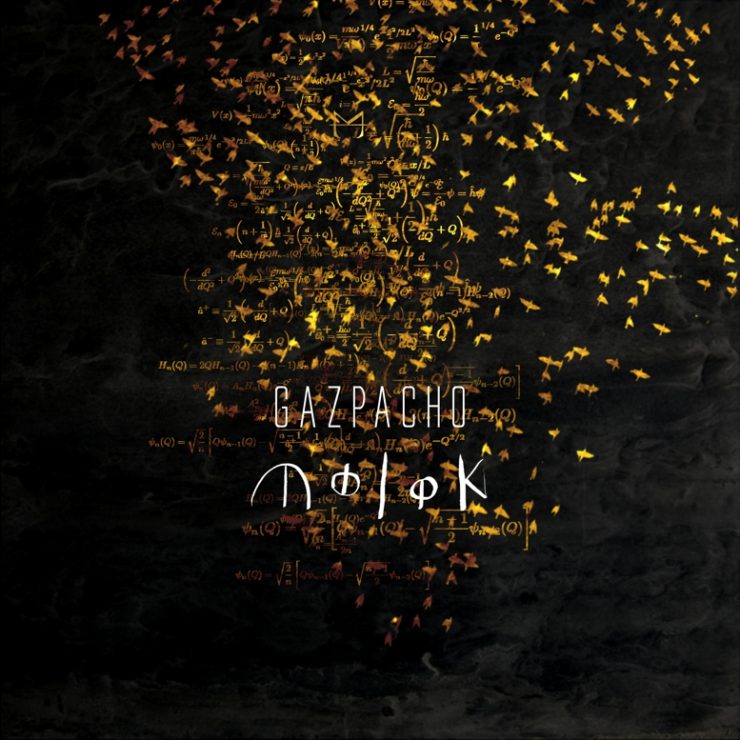 Gazpacho are one of those bands that really defy explanation.  You can label them as Prog but that really only applies here because it is the most broad explanation for a band like this.  Of course it helps that they are on KScope, a top Prog label.  What the band can be described as is interesting, unique and mesmerizing.  Their 2014 album, Demon, was nothing short of brilliant.  4 songs, 3 of which clocked in at around 15 minutes, that took the listener on a journey that was unlike anything that came out that year.  With Molok, they have taken a step even further in that direction while also making a more accessible record.  The songs are shorter and get to the point a bit sooner, but also make up an elaborate tapestry of sounds that captivate for the entire experience.  Of course there is also the fact that it might destroy the universe as explained on the band’s website: “A small code that sounds like a strange noise at the end of the album will cause the correction software that runs in all CD players to generate a random number every time the CD is played. If that number should correspond to the actual position of all electrons in the universe then technically the universe could be destroyed.”  Well, at least its a great album.

There is a tribal vibe to the music as is evident immediately with the opening track “Park Bench” which starts with only toms before introducing the melancholy yet elegant vocals of lead singer Jan-Henrik Ohme.  The music quickly shifts, changing with every verse, from electronica backgrounds to symphonic accompaniment, at one point organs, another harpsichords; then an explosion of electric guitars but only for a brief moment before a choir chimes in.  Few bands are as inventive.  By now the listener has been treated to as many instruments and changes as on an average band’s full album, but it’s still only the first song.  The album segues seamlessly into the next track “The Master’s Voice” adopting much of the same music elements as the previous track, while the third track “Bela Kiss” is one of the more upbeat and exciting tracks as it trips through a Russian style jaunt with accordions and violins.

The highlight and centerpiece of the album is the hypnotic “Know Your Time.”  The simple 3 note guitar refrain that is played throughout is as memorable as anything on the album and lays the groundwork for the spacious verses.  However, it is the chorus that makes this song one of the best tracks of the year.  For this band, it is as close to a “single” as they might write.

“Choir of Ancestors” follows with a combination of piano and tribal beats before picking up to a powerful ballad in a track brimming with intensity. “ABC” is an experimental pop track that precedes another highlight, the instrumental “Algorithm,” which bridges the album’s tribal elements with a more progressive style.  The album closes with the longest track “Molok,” which in itself is a more difficult track to absorb at first, but ultimately provides the appropriate climax to a brilliant piece of work.

The band do not make any attempts at virtuosity in their playing but rather in the arrangements and the production, which manage to take more risks than any guitar solo ever could.  Gazpacho are group that continues to take risks and chances and in doing so expand the listener’s horizons to the possibilities available within music when nothing is out of bounds.  Following an album as strong as ‘Demon’ was certainly a challenge, but with ‘Molok’ the group have leaped past that mark and leave us wondering what they might do next.