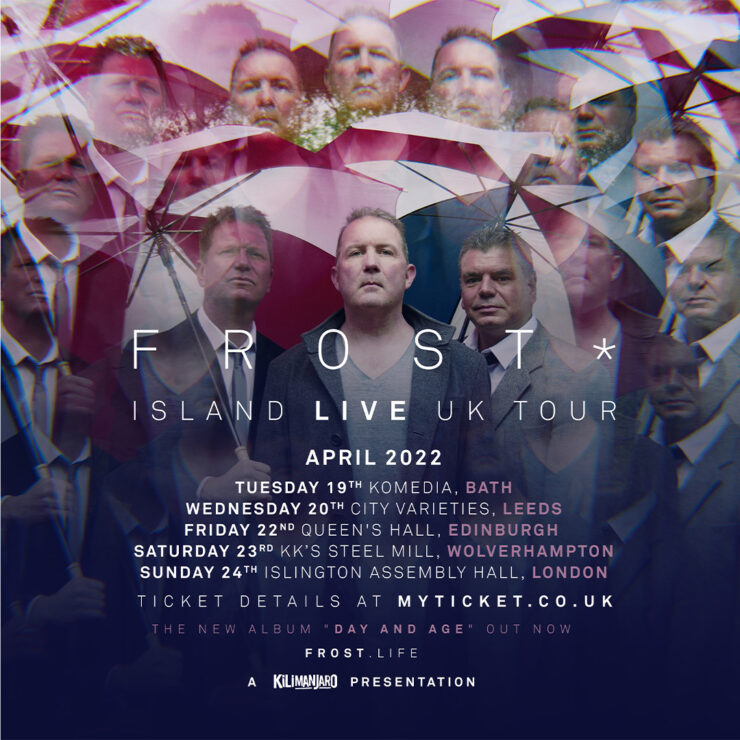 Frost* have announced tour dates in support of their latest record, ‘Day and Age’

Jem Godfrey comments: “It’s been 5 years since we last played live so as you can imagine we have a lot of pent-up energy stored up. We can’t wait to get back out there, see our friends and give these new songs a right kicking through a proper PA”.
The full list of dates is as follows:
19th April – Komedia, Bath
20th April – City Varieties, Leeds
22nd April – Queen’s Hall, Edinburgh
23rd April – KK’s Steel Mill, Wolverhampton
24th April – Islington Assembly Hall, London