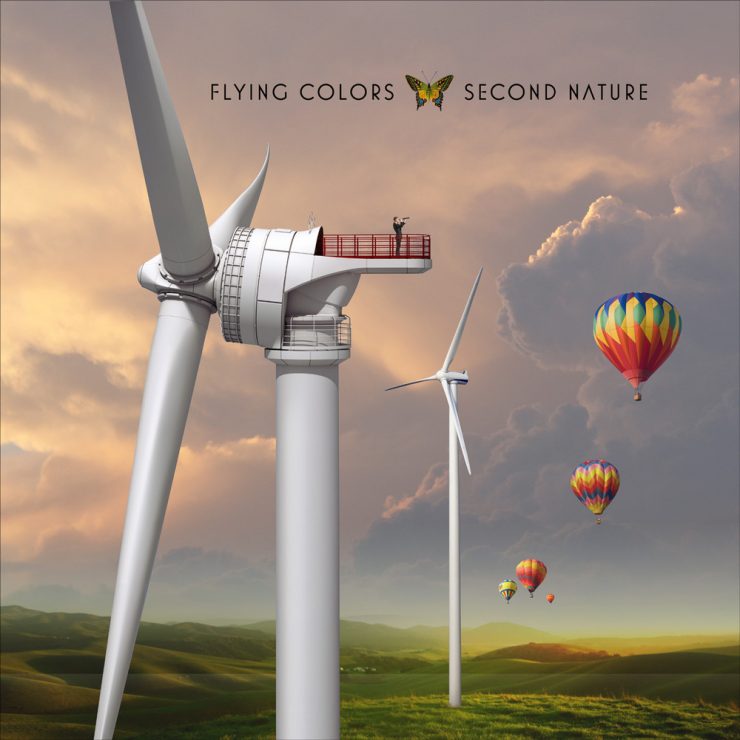 Flying Colors are releasing their second album, Second Nature on September 29, 2014 in Europe and September 30, 2014 in the rest of the world.

Great news Prog lovers.  Flying Colors have finally announced the release date for the follow up to their highly successful debut CD.

Second Nature will be released on September 29, 2014 in Europe and September 30, 2014 in the rest of the world via Mascot Label Group / Music Theories Recordings.

The cover art is designed the legendary Hugh Syme (Rush, Iron Maiden, Dream Theater) and bookended by two Epic tracks – Open Up Your Eyes and the multiple-part Cosmic Symphony.

Portnoy stresses that the music’s proggier path was “not conscious at all.  “Direction was never even discussed,” continues Portnoy. “We just did what we do. I think perhaps not having a producer to ‘trim the fat’ possibly led to the songs breathing and expanding a bit more.”

“This is an album full of many layers,” concludes guitarist Steve Morse. “The more you listen, the more you can hear. It’s an album to keep listening to.”

Second Nature will be released on CD and 2LP (180 gram vinyl). The vinyl has a download card, good for one MP3 download of the album.
Both the CD and 2LP can be ordered with a specially designed t-shirt that’s only available from MLG Merch.