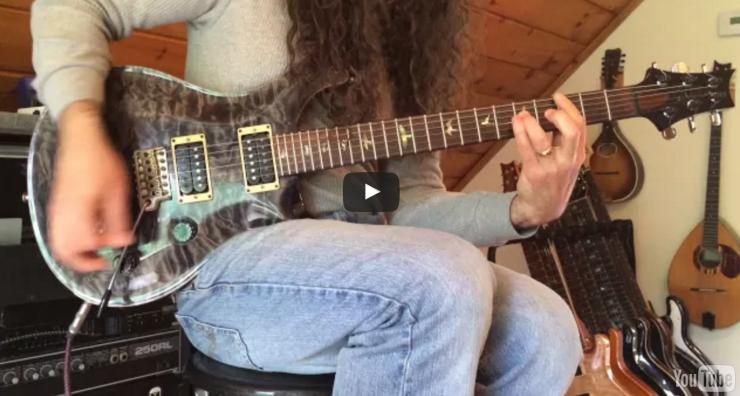 The 12th studio album from Fates Warning, “Theories Of Flight”, is set to come out July 1st.  Now you can check out the track “White Flag” in a clip (with full studio album sound), which doesn’t only feature multi-angle cams of guitarist and songwriter Jim Matheos, but also showcases the guest lead guitar parts by longtime FW member Frank Aresti and by recent FW live-guitarist Mike Abdow, here.

Jim Matheos checked in to comment about the song as follows:
“With “White Flag” I wanted to do something a bit heavier then what we’ve done in the recent past, but also to feature counterpoint type guitar parts, where the guitars are playing around and in between each other rather than in strict unison throughout. I also wanted to provide solo spots for Frank Aresti and Mike Abdow. Their contributions are one of the highlights in the song for me.”