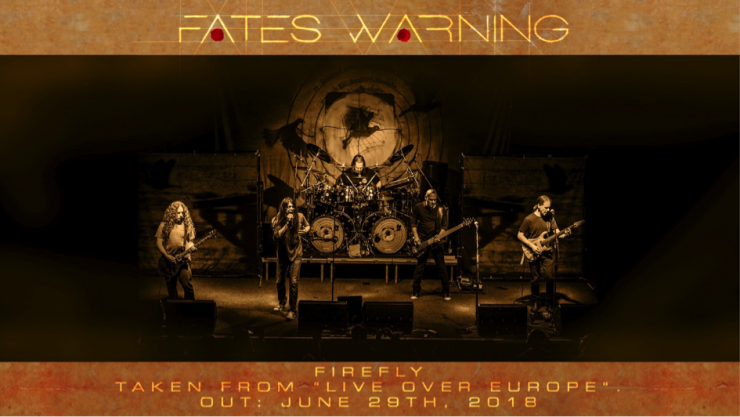 “Live Over Europe” was mixed by Jens Bogren (Opeth, Kreator, Symphony X) and mastered by Tony Lindgren at Fascination Street Studios in Sweden and will be available as limited 2CD Mediabook, Gatefold 3LP + Bonus-2CD or as Digital Album.

The pre-order for “Live Over Europe” is also starting today, so check here for your format of preference: https://FatesWarning.lnk.to/LiveOverEurope

Here is the complete track-listing for the release:
FATES WARNING – “Live Over Europe“

FATES WARNING vocalist Ray Alder checked in with the following comment about “Live In Europe“:
“We would like to thank each and every one of our fans that helped us make “Live Over Europe”. We had a great time making this album and we hope that you enjoyed the shows as much as we did playing them!“