Fates Warning hit their commercial peak with Parallels 25 years ago 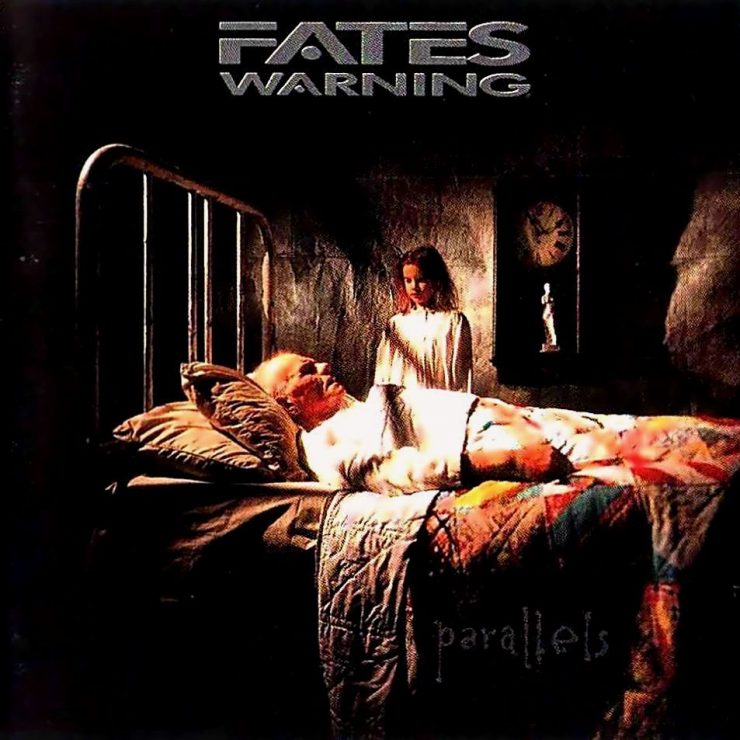 The year 1991 not only found Fates Warning turning another creative corner, but it was the year they peaked in so many ways. Look at where they came from to arrive at this new place: eight years prior Fates Warning was a fantasy-steeped amalgam of ‘70s era Judas Priest and Scorpions, with shades of darkness that put them in line with mid ’80s contemporaries such as Mercyful Fate. From that starting point they only became more ambitious with every growth spurt, introducing a variety of complexities on each album that culminated in 1989’s cold tech-metal work, ‘Perfect Symmetry.’ And there they slammed into a wall. But rather than forcing that direction forward, the band, led by Jim Matheos, pulled back the reins to examine song craft through a tighter, more focused lens.

On ‘Parallels,’ Fates Warning’s music breathed. Where before it was spiked with polyrhythm, now there was a patient flow. Where wailing vocals and busy guitar lines one ruled, there was now a tempered, smoothly textured terrain. It may have been a mature step, but it wasn’t edgeless. Ray Alder’s soaring highs in the climatic moments of album centerpiece “The Eleventh Hour” brought the band’s otherworldly escapism back for a few important moments, and the colorful “Life in Still Water” (featuring youngster James LaBrie on backing vocals) could have been on ‘Perfect Symmetry.’

Elsewhere, ‘Parallels’ was full of curiously streamlined tunes. Some called it “less is more,” considering all the super-melodic, AOR-esque hooks. The likes of “We Only Say Goodbye” and “Eye to Eye” had more in common with Journey and ‘80s era Kansas and Rush than anything the band had ventured into before. These songs, and the sort-of-title-track “Point of View” (“parallel lives running parallel with you…”) were bolstered by what may be the finest production job in their discography. That happens when you have a band peaking and then add none other than Terry Brown to the team.

Renown for his work on all those classic Rush albums, Brown lent his magic touch to Fates Warning, and like those many classic Rush albums, ‘Parallels’ sounds brilliant even now, 25 years later. But there was more: the band’s pinpoint writing/playing and Brown’s production/mixing were further bolstered by the use of the then-brand-new three-dimensional sound processing technique “QSound.” Qsound was introduced to the recording industry that year, and its glimmering, vibrant effect was also heard on 1991 albums by John Lennon, Sting, Paula Abdul and Europe, amongst others.

For Fates Warning, ‘Parallels’ was decidedly state of the art and state of their art. It remains the band’s best-selling album, and one that the usually self-critical Jim Matheos continues to hold in high regard. It certainly pushed the band into new territories, providing a template for later, more stripped down albums such as 1994’s ‘Inside Out’ and 2004’s ‘FWX.’ Matheos said in 2008: “What we do for a record is a reaction to the previous records. I always want to do something different, so you see something like ‘No Exit’ to ‘Perfect Symmetry’ were really different styles, and ‘Perfect Symmetry’ to ‘Parallels’ was a drastic change.”

Whether or not ‘Parallels’ is “prog” is not the right question to ask. ‘Parallels’ is simply a masterful musical work. Nearly a decade after its release, Matheos noted that “it just comes to a point where you get tired of constantly trying to say something by playing a lot of notes; sometimes you can communicate things by just playing a couple notes. The whole ‘Parallels’ record was really from the heart. As much as there was some ‘commercial’ stuff on there, that’s what we wanted to do at the time.”