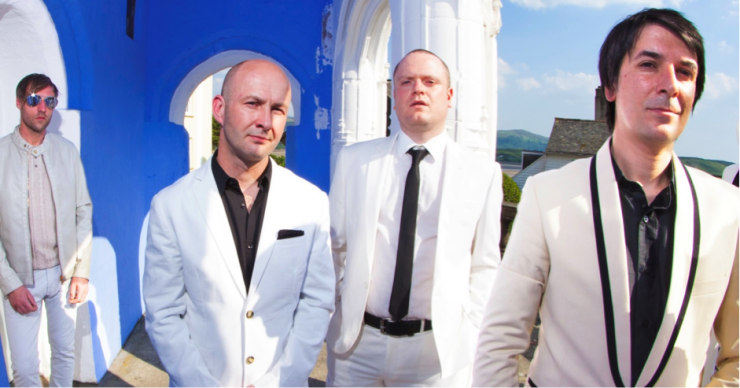 Amplifier’s video for the new track “Open Up” from their upcoming album ‘Mystoria’, due on September 8th, 2014 in Europe and September 30th in the US.

Amplifier, out of Manchester, England, have released the lyric video for the new track “Open Up” from their upcoming album ‘Mystoria’, due on September 8th, 2014 in Europe andSeptember 30th in the US.   The band describes the song “as a song about surprise. And that’s a handy word to use when we talk about “Mystoria”.
Be among the first to see the video.

Early last week the band invited fans further into the world of ‘Mystoria’ by taking an 8-bit ‘Magic Carpet’ ride complete with super, high-definition retro soundtrack. You can check that out here:

Pre-orders for the album are also now available, with formats including a Mediabook CD including 2 bonus tracks and extended artwork & a gatefold vinyl LP version including the album on CD. You can pre-order the album physically and digitally at the links below:

Amazon MP3: http://smarturl.it/mystoriaAMAZONMP3
The band also recently revealed European dates for the Mystoria tour, and they can be found below:

Check out the video for ‘Named After Rocky’, the first single from ‘Mystoria’ here:
http://youtu.be/RblO4B6h2tc

Short by Amplifier’s standards at eleven songs and 45 minutes, the band have focused their dexterities into brief bursts of genre-spinning sound. “Mystoria doesn’t aspire to emulate any of its predecessors, ” Balamir says,  “but I suppose like Echo Street the approach to making it is a lot simpler – it’s just about the songs,  pure and simple. We’d gone back to just trying to write great songs and melodies, and that’s where we’ve decided to stay.”

With a career that spans almost 1000 gigs of every conceivable size over 14 years and 8 releases,  including the behemoth double album The Octopus,  which has come to be regarded as a modern classic, Amplifier have by this point progressed past being simply a band and have become a zen-like state of being.