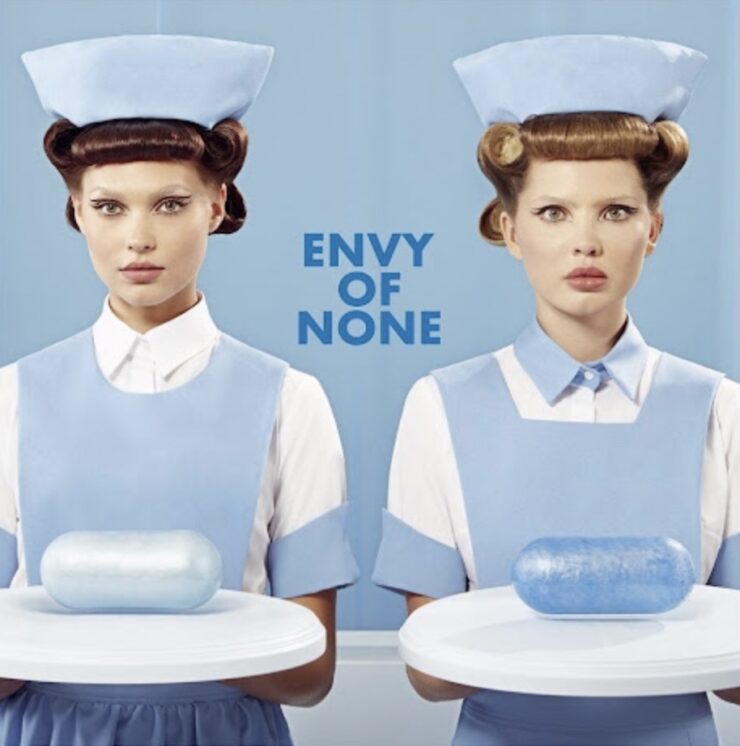 Review of the debut album from Envy Of None, the new band featuring Alex Lifeson.

It’s been a quiet two years for Geddy Lee and Alex Lifeson since their friend and fellow bandmate, Neil Peart, passed away in January 2020. Beyond taking part in the reissue of several classic albums, the two musicians have mostly kept a low profile, neither having released any new music. Until now.

With the release of Envy of None, we finally see one of the two Rush icons – the stellar yet underrated Alex Lifeson – finally step back into the limelight as a member of the titular band (Envy of None). Featuring the likes of Andy Curran on bass, Alfio Annibalini on keyboards and guitar, and Mariah Wynne on lead vocals, it’s a curious combination of musicians, all from different musical backgrounds, and the results are not at all what you would expect. It’s not prog, nor traditional hard rock, and neither is it folksy like Wynne’s primary output. Instead, the album is akin to the band Garbage. It combines elements of ambient and industrial with alternative music, and the results, while not groundbreaking, are solid.

This isn’t to say that everyone will like the album. It’s often minimalist in nature, the opposite of what Rush excelled at, but for those who can look past the lack of technical showmanship and complex musical arrangements, you’ll find a record brimming with atmosphere. Whether it be the tranquility of “Old Strings,” the brooding bent of “Look Inside,” or the Evanescence inspired “Dumb,” there are true moments of beauty on this record. Nowhere is this better seen than on album closer “Western Sunset,” the lone instrumental on this album, and Alex Lifeson’s tribute to the late Neil Peart. It’s such a potent and emotional piece of music, yet it also feels separate from the rest of the album. Nothing else sounds as warm or as organic as this song, and the fact that the album closes with it makes this all the more apparent.

Barring the stylistic clash between the wonderful closing track and the rest of the album, Envy of None is a consistent work with a clear voice, one that works because it doesn’t try to emulate the style of Rush. The band are separate from the entity that guitarist Alex Lifeson will forever be associated with, and we wouldn’t have it any other way. Let’s hope they continue to ring out in the years to come and grow in confidence as a band.