Echoes: Live From The Dark Side – A Tribute to Pink Floyd (Album Review) 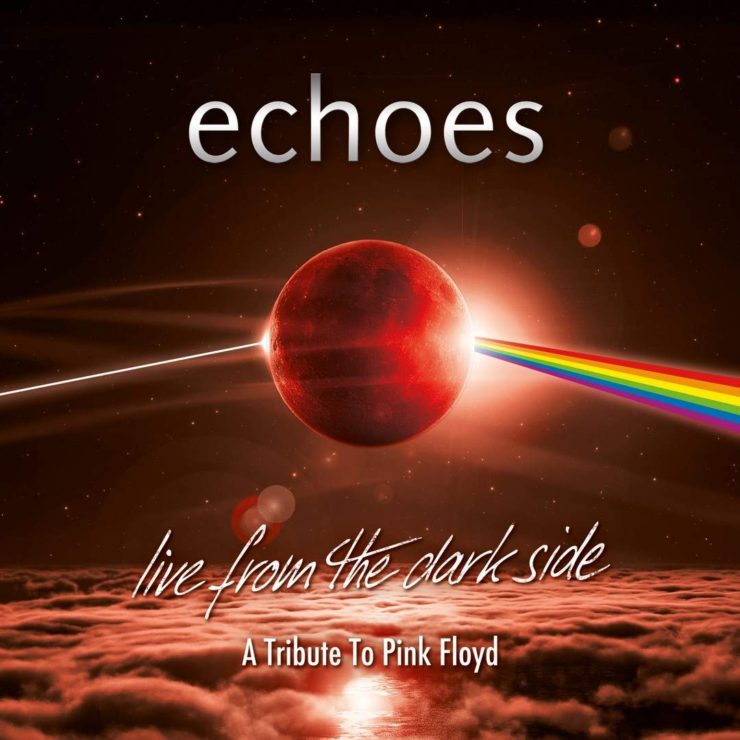 Review of the star-studded tribute to Pink Floyd

What will we do when all the members of our favorite band either retire or die? The recorded work will survive in whatever formats exist, but what about live music where music comes alive?  Purists may turn their their noses up the notion of tribute bands – but if you want to see the music of Pink Floyd live then, Nick Mason’s early years tribute aside, you’re kind of stuck!

Echoes are one such band, centered around Oliver Hartmann, and are the most popular and successful German Floyd tribute band. An opportunity to perform at the Rock of Ages festival gave the band not only the opportunity to perform at a large scale in front of a huge audience, but Oliver also dipped into his address book to draw in some very special guests from the international world of music. This was an opportunity that was too good not to film and record, and so you have the chance to experience the show!

From a video perspective this is a very high quality production, both in musical terms, the show and its lighting, and the filming of the event. Watching on blu ray, it’s clear from the start this is the full pro treatment. Many reviewers over the years have mentioned the facelessness of the original Floyd and of course when viewing this, you aren’t expecting to see them! What you do get to see is a very fine live band, performing this amazing music with the right balance of fidelity to the original track combined with small and appropriate elements of improvisation/ self expression that compliments rather than detracts.

The set list covers tracks from Meddle right through to the post-Waters albums (nothing from The Final Cut) with all the signature classics plus a few deep cuts (is there such a thing in Floyd’s iconic catalogue?).  The DVD begins with a scene setting “Shine On You Crazy Diamond” which demonstrates that the vocals and guitar playing are safe with Hartmann at the front – other band members get their chance to sing but there is no doubt about Oliver’s capabilities, which you may also have encountered in the band Avanastia.  The addition of string player bring colour to many of the tracks, particularly a great version of “Wish You Were Here”.

I’m sure many people will be drawn to this album because of the guest appearances, and they do not disappoint. Geoff Tate (Operation: Mindcrime) skillfully executes “Welcome to the Machine”, a song which kicked off Queensryche’s “Take Cover” album. The song “High Hopes” features Lazuli’s Claude Leonetti who contributes a unique version of that track’s signature solo, without using a slide guitar… watch the DVD and excellent making of documentary to see how that is achieved. I’ve been a fan of Ultravox and Midge Ure for many years (Not Prog? Well if you’re looking for a band who took varied elements and made something unique that influenced others, check the first 3 Ultravox! albums) and I have to admit that “Hey You” didn’t really seem like a natural choice.  Something of a deep cut (if that can be said of any track on “The Wall”) it’s perfectly suited to Midge’s vocal style and he also nails the guitar solo.

A stand out track on this set for me is the version of “Sheep” from the “Animals” album. Not what you would call one of the band’s greatest hits and from an album that doesn’t share the same level of regard as DSOTM or WYWH.  However this track is a musical masterpiece and perhaps one of the last times where the Water/ Gilmour partnership created something that combined the best of their respective strengths. An amazing lead vocal accompanies a note perfect, high energy performance of a tricky track to nail – combined the filming that leave no detail uncovered and this is a very exciting performance to view.

There’s really only one (or three) was to follow that… First off a strong version of “Comfortably Numb” with Saga’s Michael Sadler taking the Gilmour vocal, followed a crowd pleasing version of Money with many of the band taking solos and showing their process.  To end things the entire cast is on stage for a bombastic “Run Like Hell” with each of the vocalists trading the lines of the best rock / disco song there is!

So what does this hold for a Floyd fan? Well I would say that anyone who likes this music will enjoy the DVD/ Blu ray. If you struggle with why you would watch this, well think of it this way – if an excellent orchestra were playing Beethoven’s 5th or the 1812 Overture, would you dismiss it because it didn’t feature the composer, or any of the original players? No – you would judge by the quality of the music, simple as that.  As we approach an era where the originators of classic elements of rock’s back catalogue are dying off, I feel we can appreciate something like this as more than “just” a tribute band.  Convinced? And if not, but you’re a fan of Queensrÿche/ Operation: Mindcrime, Lazuli, Saga or Ultravox, it’s an interesting chance to see their singers in a different situation.