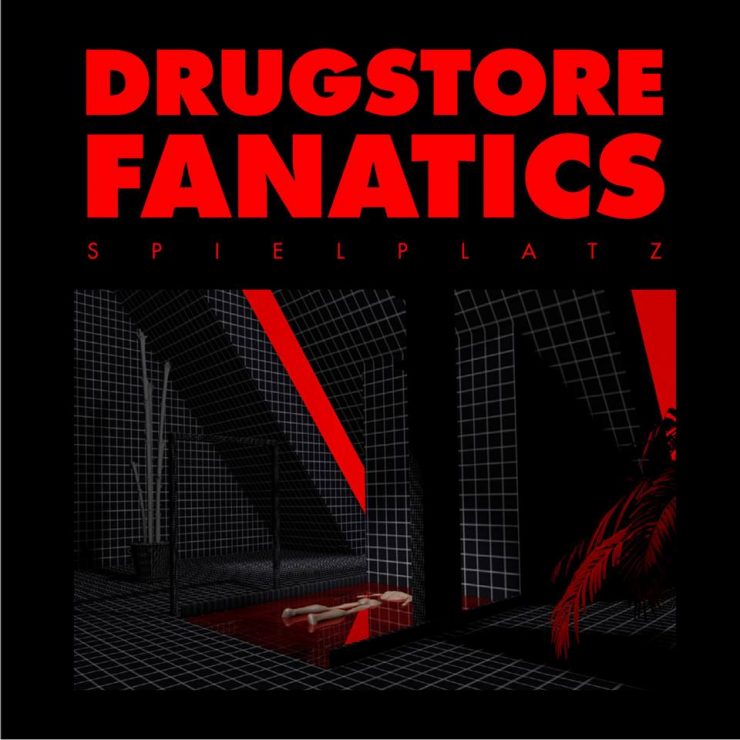 The band Drugstore Fanatics are back with a new EP.   Titled “Spielplatz, the EP is the follow up to their self-produced and released 2011 debut album ‘What’s Born in the Basement’ which was recorded at their home studio in Tel Aviv, Israel and released independently.  Formed by multi-instrumentalist Daniel Brecher and drummer Aviv Cohen, the group have decided to release one song a week until all 6 songs are out.

Here is the 3rd single release from their EP “Spielplatz.’  The track is called “Diligent” and is upon the first listen one of the group’s most interesting and memorable songs.  Here is what lead singer Daniel Brecher had to say about the track:

What is the song about?

You could say Diligent is a love song, but it’s more of a plea towards a loved one to hang on and not leave as the narrator chases whatever it is he feels a need to go after. He’s always “this close”.  I think he’s closer to losing everything around him.
There’s also a promise in there somewhere, that if he doesn’t make it to where he wants to go, he’ll be able to put it a side, but I know it’s not the case.

How did the track come about?
The song came out of the opening acoustic guitar riff. It has an interesting dissonant sound and time to it, and it ignited our imagination.  For those who got Spielplatz Deluxe, they will receive the first demo of the  song, which has a darker vibe in my opinion, and you can hear how it originated.

What’s next after all the songs and the album are released?
As for the future, we’re all committed to a lot of different projects, so touring is not an option at this moment. However, we do plan to release a lot of videos documenting the recording of this record and a few song commentaries, andmaybe a few more music videos. There is talk about putting a show together.
We enjoy the idea of putting out an EP, so maybe we’ll focus on doing that a little more, and in much much smaller intervals than before.
It’s great to see and hear from all the people who have waited and dig this newstuff, so we’ll just have to put out some more tunes I guess.