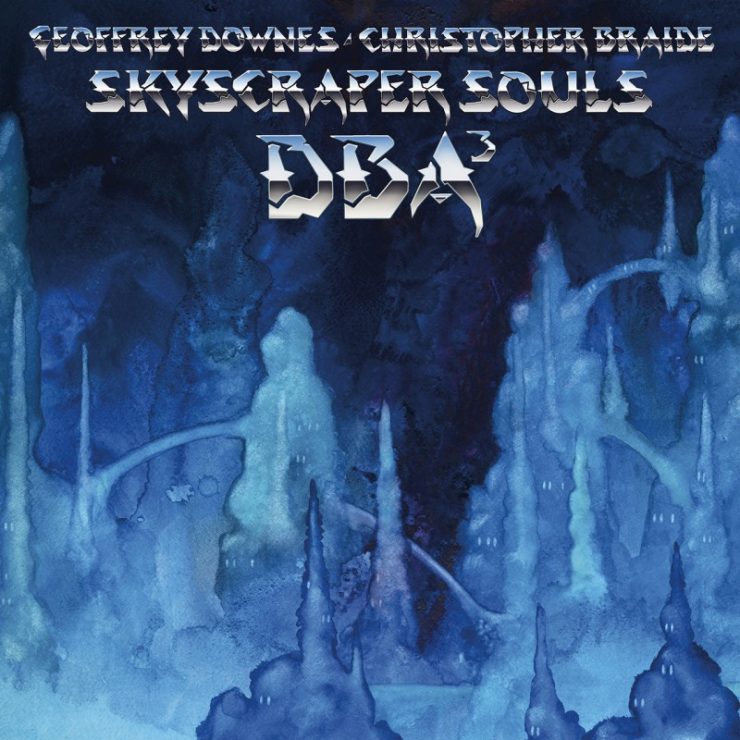 It is not often where pop and prog cross paths these days. Frost* came from the mind of a pop master in Jem Godfrey and Flying Colors tried their hand at approaching prog through a commercial lense. Even Steven Wilson tried this route of late. Then there is the Downes Braide Association, an unlikely duo formed by Yes/Asia/Buggles keyboard icon Geoff Downes and pop hit-maker Chris Braide, who has written songs with the likes of Sia, Christina Aguilera, Selena Gomez, David Guetta just to name a few. The duo came together in 2012 for the debut Pictures of You and then in 2015 released the splendid Suburban Ghosts. Their new release, and 3rd album, continues where they left off, brilliantly combining their pop skills with a hint of keyboard-based prog rock for one of the more surprisingly enjoyable albums out this year.

Each album has had a central theme or long track that is the centerpiece of the collection. Their debut album had the 13 minute “Sunday News Suite,” while Suburban Ghosts had tracks “Suburban Ghosts 1” and “Suburban Ghosts 2 & 3” that served as that album’s highlights. Here the album is clearly based around the title track, this time an 18 minute epic that includes what is their most infectious hook to date. I defy you to not go around singing “How can I stop myself from falling?” over and over after hearing this song. The song is further boosted by the backing vocals of the B-52s Kate Pierson who is among a number of great guests from Andy Partridge (XTC) to David Longdon (Big Big Train) to Tim Bowness and Marc Almond. The first half of the track “Skyscraper Souls” is the pop single, while the second half is the progressive interpretation of the songs motifs. The songs themes are repeated throughout the album with the “Prelude” and “Finale.”

“Glacier Girl” is a ballad based simply around strings and vocals leading into another great melodic number “Angel On Your Shoulder” There are definitely hints of Asia here with Downes sounding at home here. While a skilled keyboard player who can play the most complicated Yes songs, he has always known how to write a prefect 4-5 note riff that can stick in your brain. “Tomorrow” is a vocal duet with the incredible David Longdon. Braide and Longdon’s voices blend perfectly on this mid tempo track. The rhythm section drives the song as well, making this shorter track a great pop/prog mix. “Darker Times” is a ballad that explores some interesting territory rounding out the collection before returning to the “Skyscraper Souls” theme with “Finale.”

Together Geoff Downes and Chris Braide are a perfect mix allowing the other to dip their toes into different waters than what they normally do. Now 3 albums in, it seems they are enjoying it. Skyscraper Souls is more of a pop album but the skilled songwriting and performances are too good to not grab a prog fan’s ears and should be checked out if you are a fan of Yes, Asia, or any melodic prog groups.