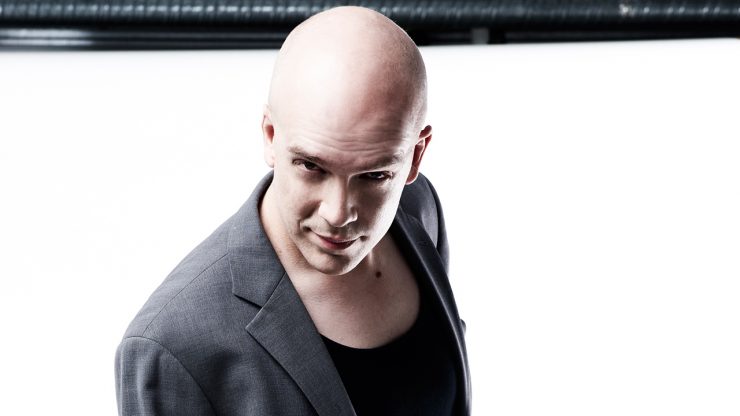 Devin Townsend Project is a group led by Canadian metal and progressive rock musician, songwriter and record producer Devin Townsend.  Townsend was the founder, songwriter, vocalist, and guitarist in extreme metal band Strapping Young Lad from 1994 to 2007 and has had an extensive career as a solo artist.

He first was discovered by a record label in 1993 and asked to perform lead vocals on Steve Vai’s album Sex & Religion. After recording and touring with Vai, Townsend released his first album under the pseudonym Strapping Young Lad. He soon assembled a band under the name, and released the critically acclaimed City in 1997.  In 2002, he formed The Devin Townsend Band, a dedicated lineup which recorded and toured for two of his solo releases.  After taking a break following the disbanding of Strapping Young Lad, he began recording again, and soon announced the formation of the Devin Townsend Project.