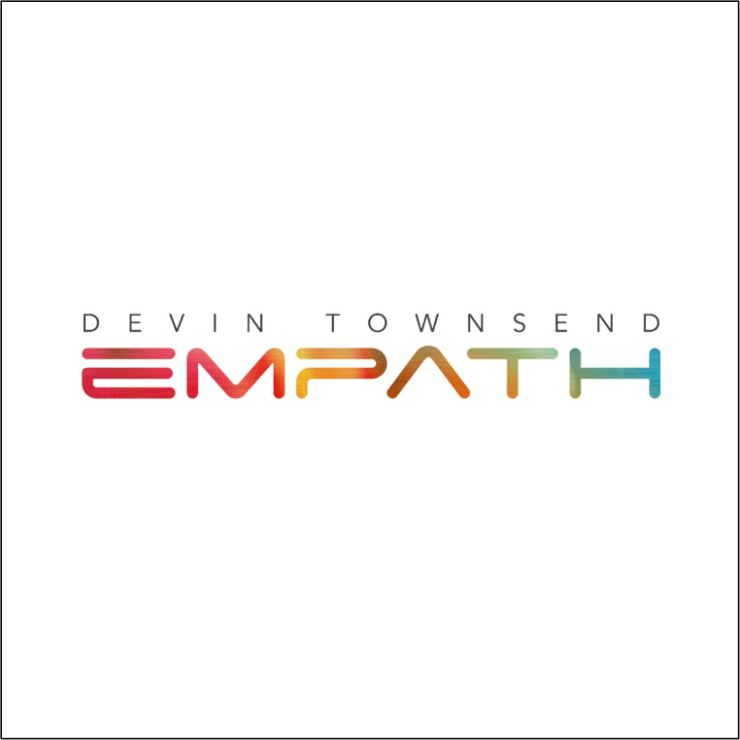 Throughout his long career, Devin Townsend has been an artist that has defied any label or boundary. He toys with expectations and never chooses to make the same album twice, even if it would result in commercial rewards. So it should come as no surprise to his fans that, following years of success with his band, the Devin Townsend Project, he decided it was time to end that outfit and go it alone. He had something new to say and wanted to dive into a new approach, to not bask in the security of the familiar. The result is perhaps his greatest work: Empath. Acting almost as a career retrospective while also exploring new horizons, it is an entire genre of its own, and like its creator, defies label or boundary. Is it metal, classical, alternative, prog? The answer is a definitive yes…and more.

The album is, of course, comprised entirely of new compositions, and the powerful, progressive music is nowise a retread of Devin’s past. It is, however, grounded in the best of works like Ocean Machine, Ghost, Deconstruction, and Transcendence, and the “everything including the kitchen sink—but make it fashion” approach means that Devin can’t make a 180 degree turn going forward. There is simply no one way that he could turn. That coherent eclecticism is a strength that ensures Empath will maintain its relevance, wherever Devin’s artistry takes him next.

From here, Empath could go anywhere, so it does. “Evermore” combines an almost honky tonk-ish approach to heaviness with gooey growls, Epicloud-ish chorale lifts, and melodic hooks that would sound at home on one of Anneke van Giersbergen’s pop albums. “Sprite” is the new age/acid jazz equivalent of a Grimm’s faerie tale (complete with spoken-word poetry) crossed with a Broadway musical. Perhaps nothing exemplifies the diversity of Devin’s musical palette as the juxtaposition of “Hear Me,” an ultra-aggressive dive into death metal and thrash, followed by “Why,” a classically-influenced symphony displaying the incredible vocal prowess Devin possesses. These two songs are simply never found on the same album. “Borderlands” is a mini-epic, a sing-along romp that nearly begs for adaptation into a short film.

Finally, “Requiem” offers a gorgeous bookend to the opening “Castaway,” while simultaneously introducing the side-length “Singularity.” This epic, in turn, encapsulates the feel of the rest of the album, while standing on its own as a mini-album. The production is inexplicably clean and beautiful, in a way something this loud and manic isn’t meant to be. The 23 minute track is simply brilliant, beginning with a delicate opening and taking a strange trip through metal bombast and strange computer noises, culminating in an insane and magnificent final four minutes.

Devin has incorporated fractal imagery into his lyrics before, but Empath builds a self-reflexive ideal into its very structure. Throughout, the album’s theme is comforting in its directness: “Let there be light/Let there be moon/Let there be stars/And let there be you/Let there be monsters/Let there be pain/Let us begin to live again” (“Genesis”), and “Rejoice/And fill your hearts with love/Life begins with you” (“Singularity”). The sound, buoyed by an impressively transparent mix, is similarly up-lifting. The orchestrations are triumphant, the drums invigorating; even the death metal growls are more cathartic than menacing in their primality. If the listener does not hear the entirety of their journey reflected in Empath, they will surely hear something they can recognize as their own experience and encounter bridges to experiences less familiar. They will also encounter the best that Devin Townsend’s music has to offer, and it’s no easy feat to fit that in all on one album.

What defines a great Best of… album? The casual concert-goer should recognize a song or two, as should the peruser of Spotify playlists. Every listener should come away with a framework for understanding the artist’s oeuvre as a whole. But the fan who has everything needs to be thrown at least one curveball, while the truly sublime compilation will cap the proceedings with something new that immediately establishes itself as deserving of inclusion. If the above criteria are correct, then Empath is The Best of Devin Townsend.