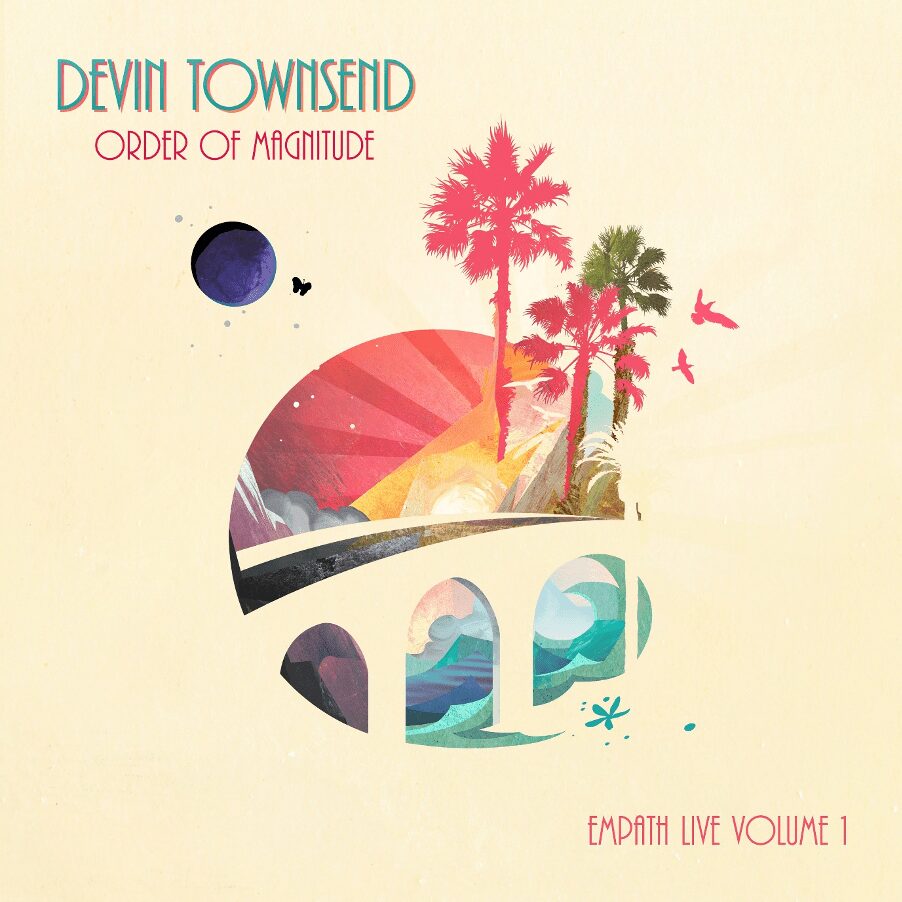 Devin Townsend will release ‘Order Of Magnitude – Empath Live Volume 1’ on October 23rd, 2020, a document of his Winter 2019 European tour that saw him taking on possibly his most ambitious live show to date.

Devin’s plan for the Empath touring cycle was to divide it up into three ‘Volumes’, and this was Volume 1. The idea behind the shows was a simple one: none of the backing tapes or click tracks that had long been necessary to bring the kaleidoscopic cacophony in his head and on his records to life in the flesh. This would just be Devin Townsend and a band of genius-level musicians getting up there and trying to keep it from spinning off into outer space. Or maybe just letting it spin-off into outer space for the sheer hell of it.

“The whole objective was that I wanted to make that statement: This is by the seat our pants,” he says. “Because it’s important to me to represent this hyper anal-retentive music that I’ve made over the years, but in a human way. Rather than it just being, ‘Well, here it is, perfectly done.’”

“I was overwhelmed by the fact that all these brilliant people that I have so much respect for were willing to come together and play this weird shit with me,” says Devin. “I had these unique players and this interesting instrumentation that allowed us to interpret the music in different ways. It was clear to me that I could just have fun and be me and know that they would be effortlessly be able to follow that.”

That sense of fun and freedom was evident to anyone who was there on the night. Visually, it was an assault on the senses in the best possible way. A digital screen projected vivid images throughout the show. A giant gleaming mirrorball hung from the ceiling. There were multiple costume changes and a tiki bar onstage (a tiki bar!).