Cosmograf announces new album Rattrapante due out on March 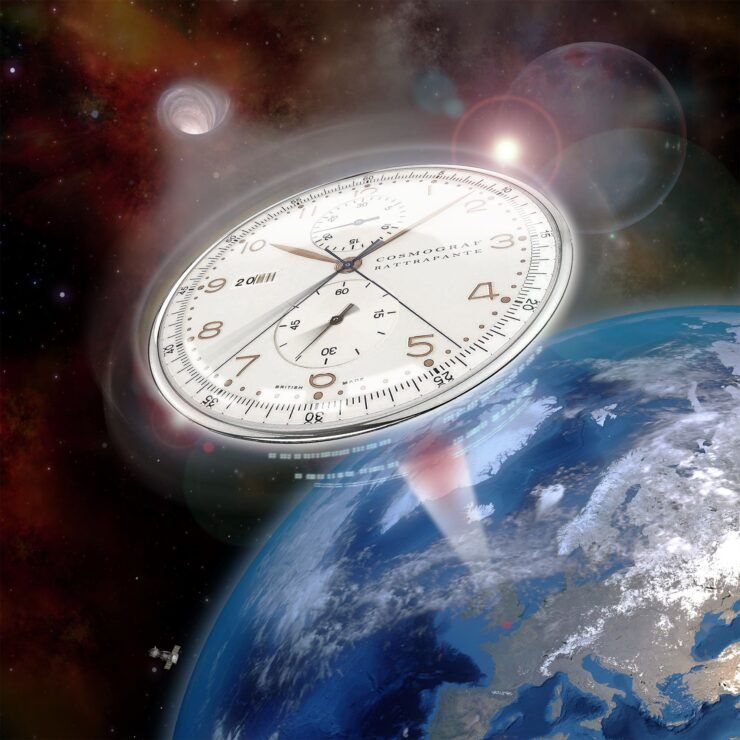 Rattrapante, the 8th album from Cosmograf, will be released on Friday 26th March 2021.

Gravity Dream Music is pleased to announce that RATTRAPANTE, the 8th album from Cosmograf, will be released on Friday 26th March 2021.

‘Rattrapante’ is a collection of 5 songs about our interaction with time; we measure it, but yet waste it more, it defines our existence and forms our memories. Some seek to beat it by being the first or the fastest and some can appear to outlive time itself through their achievements…

“The idea for the album was inspired from from my work with mechanical watches. Rattrapante is a French word deriving from ‘rattraper’ meaning ‘to catch up or recapture. A Rattrapante chronograph can simultaneously time 2 events such a lap split time and a final race time”, explains Robin Armstrong. “It was the perfect metaphor for our own interaction with time.”

We are also thrilled to reveal that Chrissy Mostyn from The Blackheart Orchestra guests on the track, ‘I Stick To You’. “It was brilliant working with Chrissy who really put her own dark and ethereal stamp on the song which portrays a mythical tale about the curse of immortality”, says Robin.

“Cosmograf was due to hit the stage in October 2020 with a series of 3 shows, but like everyone else our plans to were dashed by the pandemic. I reused the time to write as much as I could, and the result was a great deal of album material dealing with time related themes. Two very distinct writing directions formed and it’s likely that a second record will be announced later in the year.”