Catching up with Michael Holmes from IQ 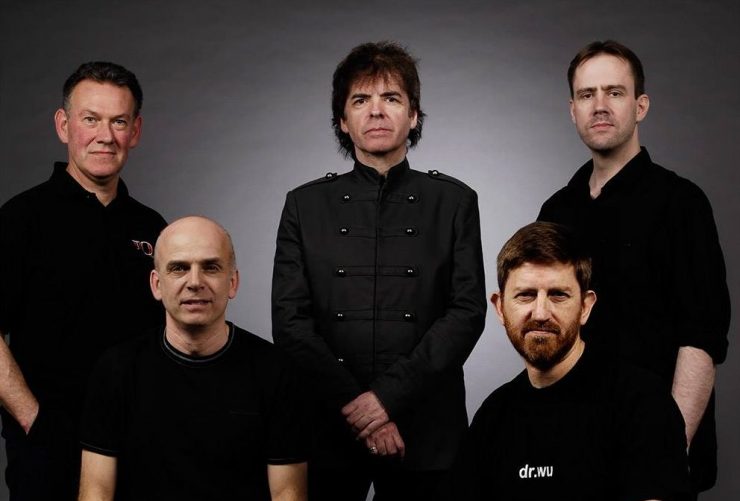 Michael Holmes is a founding member and guitarist for IQ.

We recently caught up with IQ guitarist Michael Holmes to see what is going on with the band.

“Well you know about The Road of Bones, the album we did three years ago. We’ve been promoting and touring that. We did a live album.  With the live albums, it’s just IQ that puts those out and essentially do those to fund the band. We did one of those recently and GEP (the record label, Giant Electric Pea)  put out our first ever blu-ray.

Currently we’re just about to put out for the first time on vinyl another album called The Seventh House which came out just before Dark Matter. So that’s that’s quite interesting, because weirdly enough there’s a real resurgence of interest in vinyl. I mean it’s great really I suppose it’s the one format where you can’t really upload and share illegally. So that’s pretty cool, but also just the format looks great and it sounds a bit different and the nice 12 inch format for the artwork works really well.”

There is good news as Holmes says the band are getting together to work on new music.

“We have no gigs for three or four months now and the next one is in October so we’re going to get together over the weekend and try to share ideas for the next album.  It’s all original members apart from keyboards and that’s Neil Durante who fits in really well.”

The band have been around for more than 35 years.  Holmes says there are a lot of great memories to look back on.

“I don’t know if there’s any one great memory. We’ve done quite a few different things and we’ve been through ups and downs and everything, so there’s lots of highs certainly.  I remember just after we released The Wake, which is the second album, there was a real buzz about IQ at that time and it went into the independent chart at number three and it was just getting rave reviews. We were on a support system and it just felt that that was our time. I remember thinking then, you know often you look back and think those were good days, and I remember thinking then, this is going to be one of those times when you look back and think, oh yeah that was a good time.

It was also great to do the Subterranea double concept album, because we could finally, after many years of wanting to, we could actually get a proper stage presentation up and play a whole show with the album. So that was something which was quite proud of.  And to be honest there were no albums that we thought ‘that was a mistake’.”