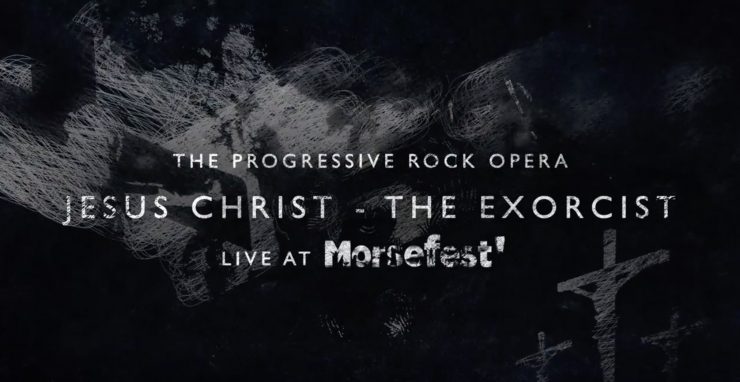 Neal Morse revealed earlier this year that the main attraction at Morsefest 2018 will be the debut of his prog rock opera, Jesus Christ The Exorcist.  The show will take place in Cross Plains, TN on Sept 15th as part of the annual 2 day musical extravaganza known as Morsefest.  The lineup was already set to feature former Spock’s Beard member Nick D’Virgilio, and current Spock’s frontman Ted Leonard, among many other, and now, in a new video trailer just released, we see who will play which character.  Ted Leonard is cast as Jesus, while D’Virgilio is playing the role of Judas.  See the video below for the full lineup.

The first night of Morsefest on the 14th, is a storytellers night titled ‘Voices of the Beard, ‘ with Neal , Ted and Nick joined by members of the Neal Morse Band.  Also, announced for the weekend is the performance of the Spock’s Beard classic “The Great Nothing.”  For more info visit: http://www.radiantrecords.com/morsefest

Also you can now hear the first song from the musical called “Love has called my name” performed by Neal Morse and Nick D’Virgilio.