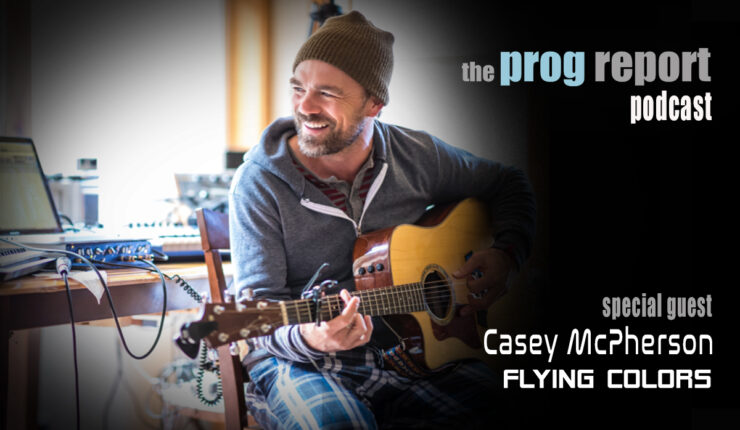 Casey McPherson (Flying Colors/Alpha Rev) joins the podcast to talk about his charity organization To Cure A Rose, Flying Colors, and more.

Watch the concert To Cure A Rose here: https://youtu.be/ZzQX1YXbhjU

Casey McPherson is a singer/songwriter who began his recording career with the band Endochine in 2004. A year later he formed Alpha Rev and found success in the pop/alternative world with that band’s second album New Morning and that album’s title track. “New Morning” was added on VH1, and it became a top 10 hit on the AAA radio charts, as did “Sing Loud” from the 3rd record “Bloom.”

In 2012, he was approached by Flying Colors manager Bill Evans at the suggestion of drummer Mike Portnoy, who was a fan of McPherson’s band Endochine. The singer joined Portnoy, Neal Morse, Dave LaRue and Steve Morse in Flying Colors, who released their debut album in 2012 and the follow-up Second Nature in 2014. This unexpected entry into the world of progressive rock introduced McPherson to a whole new audience. In 2018, he recorded a few tracks on the debut self-titled album by new prog supergroup The Sea Within, featuring Roine Stolt, Marco Minnemann, Jonas Reingold, Tom Brislin and Pain of Salvation vocalist Daniel Gildenlöw.  In 2019, Flying Colors released their 3rd studio album, Third Degree. He is planning an upcoming solo progressive rock album and will continue to release albums under Alpha Rev and as a solo artist.