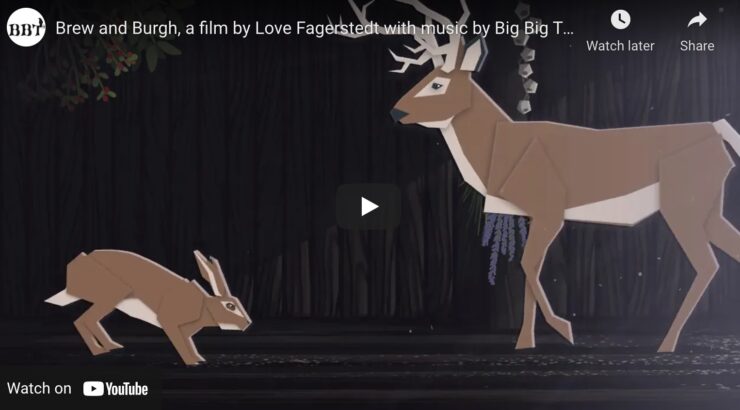 The reissue, out on April 9th, includes a new 2020 studio recording of the title track

Big Big Train have released a new video, created by Love Fagerstedt, for the track “Brew and Burgh.” The brand new song was recorded for the re-issue of the band’s 2009 album The Underfall Yard, which will be released on 9th April 2021.

Greg Spawton says: “Brew and Burgh is a song about how individuals can build something strong if they work together. And, even if a fellowship comes to an end, the ties that bind the individuals still remain in place. I first came across Love Fagerstedt’s animation work when he made a film for a song called They Fade by my Big Big Train band mate Rikard Sjöblom’s Gungfly. I have been hoping that Big Big Train could work with Love ever since and the release of Brew and Burgh as a single gave the perfect opportunity. Love has made a beautiful film which tells the story behind our song in a way which I think many will find very moving.”

Released in December 2009, The Underfall Yard was the first Big Big Train album with vocalist David Longdon and drummer Nick D’Virgilio as full band members, the first to feature Dave Desmond’s brass band and the first to include the guitar playing of Dave Gregory.

Alongside the remix of the original recordings, a second companion CD/third vinyl LP features 48 minutes of material, including a new 2020 studio recording of the title track, preceded by a previously unreleased brass prelude.

Also included is the Songs From The Shoreline suite, which was planned for the album’s original release in 2009. For this re-issue, in 2020 the band completely re-recorded Victorian Brickwork, which segues into Fat Billy Shouts Mine (which has to date only been available on the Far Skies, Deep Time EP).

The final track on the second disc is Brew and Burgh, a newly composed song written by BBT founder and bassist Greg Spawton specifically as a companion piece for this re-issue of the album. In addition, original album artist Jim Trainer has painted some new images for an expanded booklet. 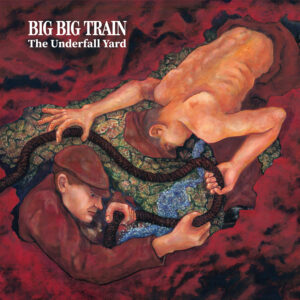 The Underfall Yard is available for pre-order now from Burning Shed at www.burningshed.com/store/bigbigtrain