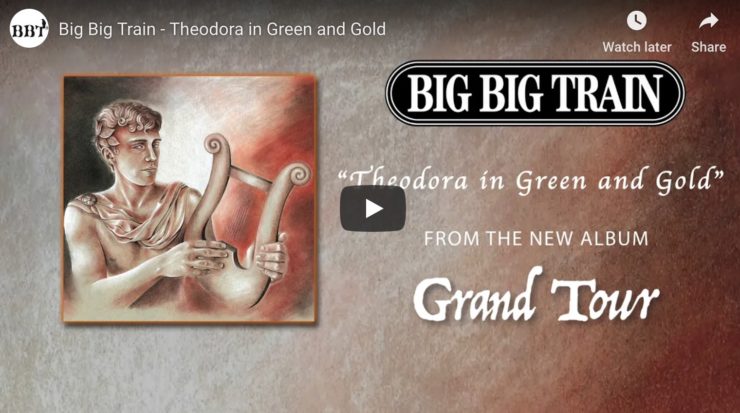 Grand Tour, the new studio album will be released on May 17th 2019.

The new studio album from four time Progressive Music Award winning band, Big Big Train, titled Grand Tour, is set to be released on May 17th 2019. Now the band is pleased to reveal the second single “Theodora in Green and Gold” from the upcoming album.

Bass player Greg Spawton, about the track
“In the apse of the church of San Vitale in Ravenna there are two beautiful 6th century mosaics which feature the Byzantine emperor Justinian and the empress Theodora. This song is inspired by those mosaics and the stories they tell.”

You can listen to the track here: