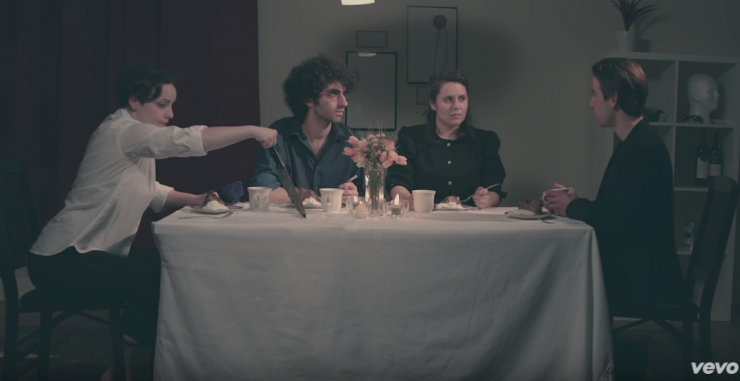 New single from the album ‘Land Animal’ out June 23rd

Genre-bending art-rock band Bent Knee have revealed a stunning new video for the track ‘Terror Bird’. The track is the third to be released from their forthcoming album, ‘Land Animal’, out June 23rd, via InsideOutMusic/Sony. The collection combines myriad influences from across the rock, pop, minimalist, and avant-garde spectrums into a seamless, thrilling whole.

The bands violinist Chris Baum comments: “We all have an idea in our heads of how a good person thinks and feels, good people feel sad when hearing about tragedies, angry when reading about injustices, and happy for other’s successes, but sometimes, our brains fail to meet our own standards and slump into an apathetic mush instead. ‘Terror Bird’ is about fighting our natural inclination to become indifferent toward the world around us. In a globalized, hyper-connected society, it’s a problem we wrestle with now more than ever.”