Ayreon – The Theory of Everything CD Review 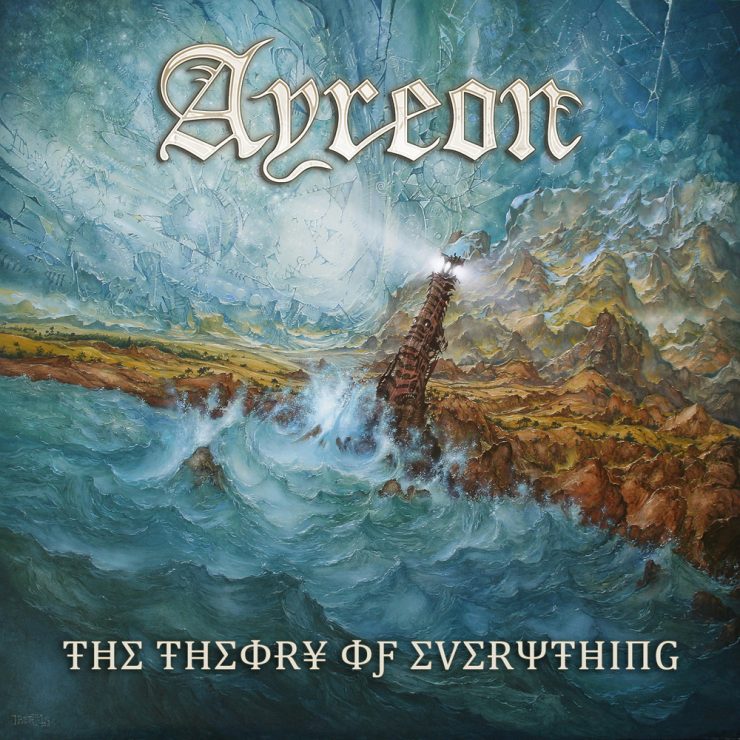 Ayreon – The Theory of Everything

Ayreon is a band and project like no other.  It is an experience with no boundaries and its creator, Arjen Lucassen, makes no apologies for its over the top nature. (see interview with the Prog Report).  Having been burnt out on the last Ayreon cd, 2008’s 01011001, Arjen took a much needed hiatus to pursue other projects and clear his head.  The return to Ayreon brings a rebirth to the project and makes it one wild ride to listen to.  And this time the collection of musicians and singers is nothing short of incredible.  Just to name a few, Keith Emerson, Rick Wakeman, Steve Hackett, Jordan Rudess and John Wetton lend their talents to this rock opera.

The CD is collection of 4 long epic tracks.  Sensing that this was too much to handle, Arjen divided all the songs into 42 shorter tracks making the cd easier to digest.  The only downfall is you cannot pick one or two songs at random to listen to without being detached from the rest of the CD and the story.  Regardless, the music is bombastic and exotic bridging metal with prog, middle eastern, electronica and more.  Typically we try and review every song on an album.  Here it is an impossibility.

In the first long epic Phase I: Singularity (tracks 1-11), we meet the main characters and learn the story of the scientist father who discovers his autistic son is a mathematical genius and is able to do what he is not capable of.  And from there it gets even crazier.  At first seeing so many tracks can feel daunting.  The main musical theme featured in the tracks “The Theory of Everything Parts 1,2 & 3” is very memorable and does a nice job of making you pay attention right off the bat.  Quickly you might notice you are on track 11 and you are hooked.

Other parts of the album feature some strong moments by Arjen and his guests.  Phase II: Symmetry (tracks 12-22) features a strong appearance by John Wetton on the song “Diagnosis.”  Phase III: Entanglement (tracks 23-31) is highlighted by the metal track “Collision” and streams nicely into “Side Effects” a mellow song that starts off electronic and features some great guitar work.  Phase IV: Unification (tracks 32-42) shifts from style to style with tracks as short as 49 seconds.  The ending Theory of Everything Pt3 is an orchestral version of the main theme and draws the journey to its end, perhaps with a sequel.

Any way you look at it, the CD is an amazing achievement and one worth listening to an experiencing.  It might take a while but its worth it.

“The Theory Of Everything” track listing:

arjen lucassen ayreon progressive rock the theory of everything