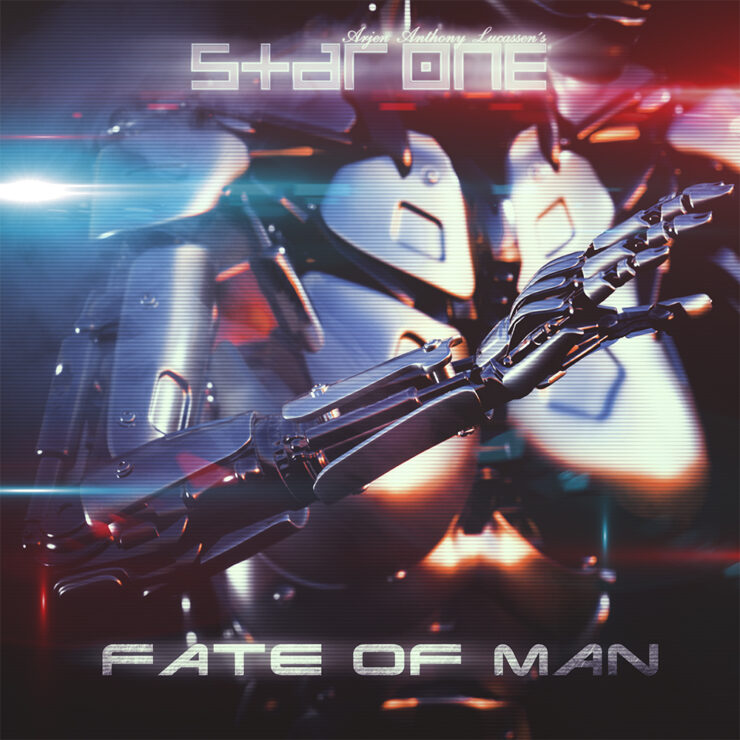 Arjen Lucassen (Ayreon) is back with a new Star One album titled Revel In Time. The new album comes more than 10 years since the previous release and is due out on Feb 18th, 2022 on InsideOutMusic.

Today, Arjen is pleased to share the second single and video for the album’s opening track “Fate of Man.”

Arjen has this to say about the track:
“This fast and furious album opener is the second video clip/single of the new Star One album ‘Revel In Time’. The lyrics are inspired by the movie Terminator.

For me this is the most Star One-ish track on the album, reminiscent of ‘Set Your Controls’ from the first Star One album ‘Space Metal’. The lead vocals are by the amazingly talented singer Brittney Slayes of Unleash the Archers and the virtuoso guitar solo is by none other than Michael Romeo of Symphony X. One of my own favorite tracks on the album. I hope you like it too, enjoy!

Watch the video for “Fate of Man” here:

The album will be available for pre-order on Dec. 17th and it will come as Ltd. 2CD Digipak, Ltd. Deluxe 3CD+Blu-Ray Artbook (incl. a poster of the cover artwork), and as 180g Gatefold 2LP (incl. the album on CD & an LP-Booklet).

CD 2 features alternate versions of the same songs as CD 1, but with different vocalists. Also available will be a 5.1 mix, a high-res audio version, and an exclusive, hour-long Behind the Scenes video, on the Blu-ray included in the Artbook.