Album Spotlight: One Hundred Thousand – The Forms In Which They Appear 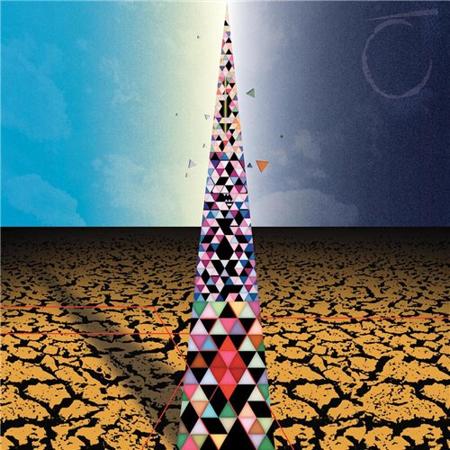 One Hundred Thousand are a group from NJ that walk the fine line between Active Rock and Progressive Metal, never entirely committing to either fully but providing enough moments of each to keep both fan bases happy.  The group deliberately fashion themselves as equal parts hard rock and progressive rock calling in influences ranging from Porcupine Tree and Karnivool to Deftones and King’s X. You can hear all of these in new album ‘The Forms In Which They Appear’ which is basically compiled from music released on previous EPs, re-done, with a few new tracks.  As a whole, the songs fit together nicely and provide a nice variety amongst them from the explosive opener “Delivered” to the staccato rhythms of “Goldenjaw.”

While the band delve into Prog on occasion with technical guitar work and creative drum beats and loops, they are at their best when they simply rock.  The choruses are anthemic and powerful as in the stellar track “Far From Dead” which opens with a beautiful piano melody and features an infectious hook in the chorus.  Some of the best tracks come from the ‘Rise’ EP which was released last year.  “Low” is a surefire hit if it was ever to be given the chance.

Drummer Kurt Wubbenhorst put together the Progressive/Hard Rock 4 piece in 2011 by using all the resources available to him. He co-owns an established recording studio/management company/lesson studio/venue in Butler, NJ called Architekt Music along with friend and artist manager George Roskos. George, as it happens, also manages One Hundred Thousand (OHT) as well as the groups Thank You Scientist and Sevendust. The group is comprised of guitarist Alex Goldenthal, who was in Kurt’s previous band and bassist Andrew Magnotta, who worked with Kurt at a college radio station.

Vocalist Rich Matos, came about through another unique association. “Our lead singer, Rich, used to live with Sal from Thank You Scientist. And since TYS has recorded at Architekt, and my partner George is their manager, our whole relationship is this one complicated existence. Come to think of it, we’re great at complicated relationships. Alex is one of my best friends and bandmates, but I’m also his landlord and technically his boss.”

Kurt, who by high school was playing (and teaching) guitar, bass, drums and piano, credits owning a studio to his desire to be involved in all things music. “I’m fascinated by how things come together, and I want to have a deep understanding of how all those parts work. I think that’s how I came to owning a studio, too. I love the way that smaller pieces come together to make something great, whether that’s a business, a band, a song, etc.”

Catch the band on the road and pick up the new album at https://itunes.apple.com/us/album/the-forms-in-which-they-appear/id1113210690