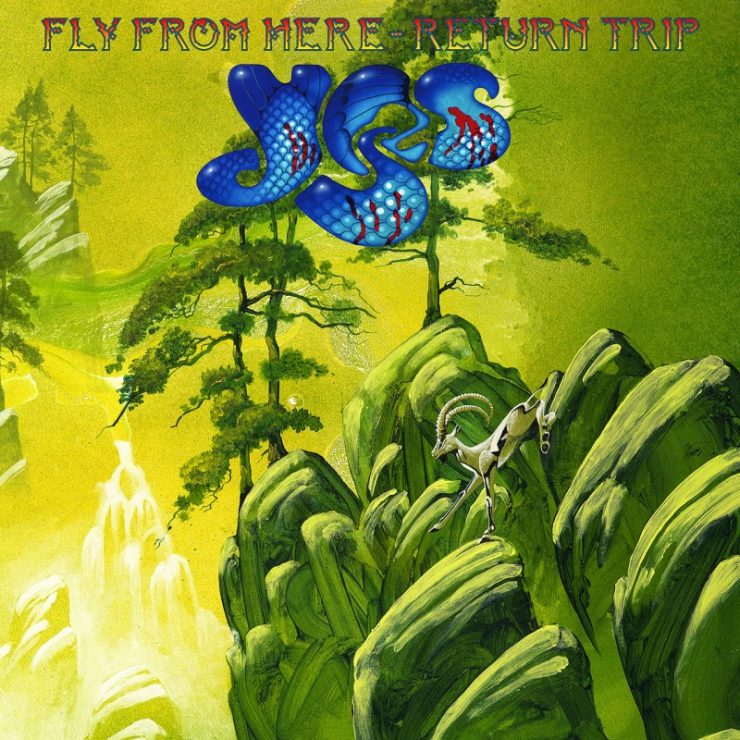 In celebration of 50 years of Yes Music, the band have released a re-worked version of 2011’s Fly From Here, now featuring lead vocals and substantial remixing by Trevor Horn. He played a huge role in the original album as songwriter, producer, and performer—with the then-recent return of Geoff Downes to the band, it was an almost sort-of kind-of sequel to the Drama album. With the release of Fly From Here-Return Trip, we can drop the “almost”: this is definitely sort-of kind-of a sequel to Drama.

You already know whether you like this album, because it was released 7 years ago. A Return Trip is not going to prompt a complete reevaluation of your personal Yes albums rankings. Nonetheless, for the completist, the obsessive Yes fan, the bootleg fanatic who’s thrilled by that slightly altered arrangement on the second night of the tour, or the just plain curious, this Return Trip will be a very pleasant experience indeed.

The major changes are all in the press release: Horn’s lead vocals, the full version of “Hour of Need,” the inclusion of the previously unreleased “Don’t Take No For An Answer.” The first two changes are winning choices, but “Don’t Take No For An Answer” works much better as an interesting bonus song or B-side than it does inserted as penultimate album track. But it’s the little things, revealed through headphones and careful comparison, that bring Return Trip more in line with what you would have thought a Drama follow-up would be. A bit more decay on the drum reverb here, somewhat deader strings but punchier tone on the bass over there, and myriad small instrumental additions, subtractions, and adjusted backing vocals levels give Fly From Here-Return Trip a darker tone and intriguing change to the sonic space; on the whole, Horn’s remixing makes it sound as though the band have all moved in closer together to play, but in a larger, stiller room.

“Better” is a difficult evaluation to justify, but the album is plainly successful as an intriguing, celebratory release. And let’s be honest: every Yes fan has their curmudgeonly “the band peaked with [insert your favourite Yes album here, preferably one from the 70’s] and nothing they’ve done after has been nearly as good” line always at the ready. But that’s missing the point of Fly From Here-Return Trip. The album is like an intricate but circumscribed restoration near the corner of the rich tapestry that is Yes Music—it won’t change your assessment of that small section of the fabric nor of the larger piece, but if you let your eyes rest for a moment you’ll notice the colour is a bit deeper, the texture more elegant. And anything that recalls our attention to this gorgeous tapestry is a welcome gift.