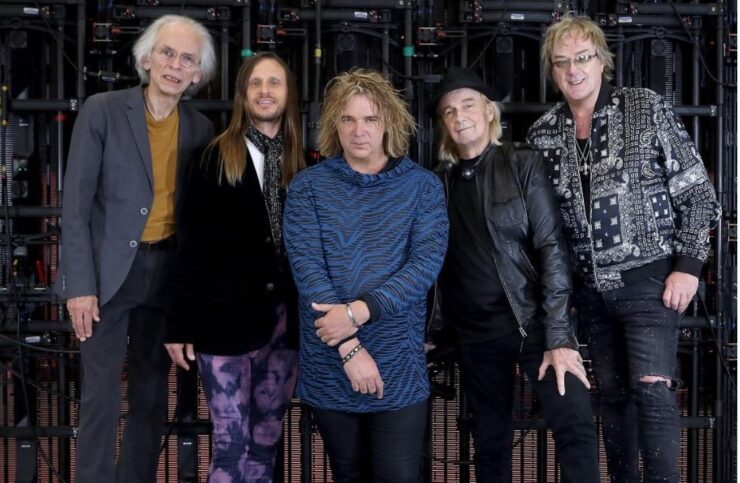 At shows in Florida and South Carolina, the band will perform their classic hits and be joined by the Alan Parsons Live Project.

Prog rock pioneers and Rock & Roll Hall of Fame inductees YES have announced a run of spring U.S. headline tour dates March 19-25 leading into their annual Cruise to the Edge (March 27-April 1) sailing out of Miami. At shows in Florida and South Carolina, the band will perform their classic hits and be joined by the Alan Parsons Live Project. Tickets for these dates–a precursor to the band’s North American fall tour, to be announced in the months ahead–go on sale to the public on Friday, January 24 at 10:00am ET.

YES is Steve Howe (guitar-joined 1970), Alan White (drums since 1972), Geoff Downes (keyboards; first joined in 1980), Jon Davison (vocals since 2011) and Billy Sherwood (guitar/keyboards in the 1990s and the late Chris Squire’s choice to take over bass/vocals in 2015), with Jay Schellen on additional drums.

“We can’t think of a better way to lead into our ‘Cruise To The Edge’ than with five shows in the Southeast,” says Steve Howe. Alan White concurs: “Florida and South Carolina in the spring sounds absolutely perfect for a British band like us. We look forward to seeing everyone for a night of YES music.”

YES continues to deliver dynamic and unforgettable performances full of passion and musical virtuosity, with songs that expanded the boundaries of rock. Below is critical praise from last year’s North American tour.