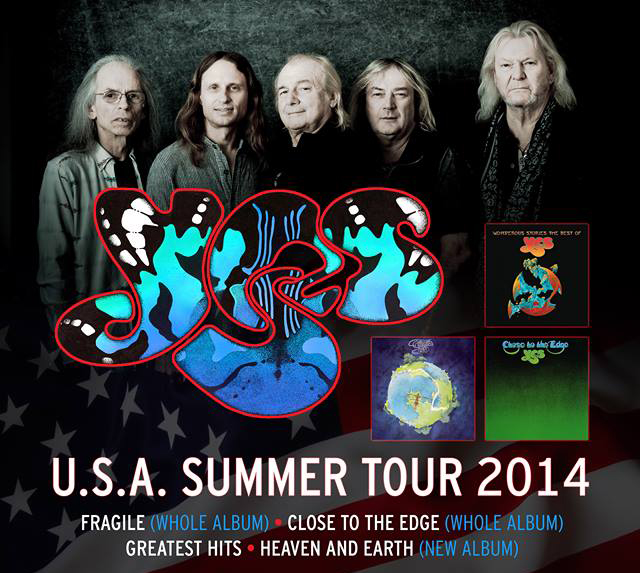 Prog-rock legends Yes have just announced a 35-date U.S. 2014 Summer Tour in which they will perform 1971′s FRAGILE in its entirety, as well as every track from 1972′s CLOSE TO THE EDGE.  Included will be an encore which will feature material off the soon to be released new album called “Heaven and Earth” and an some of the band’s GREATEST HITS.  The new album is due on July 8.

The band lineup will consist of bassist Chris Squire, guitarist Steve Howe, drummer Alan White, keyboardist Geoff Downes and singer Jon Davison.  The tour will kick off in Boston on July 8. The 35-show run is currently scheduled to come to a close on August 24 at the Greek in Los Angeles.

Tickets go on sale beginning Friday, March 28 from 10am. 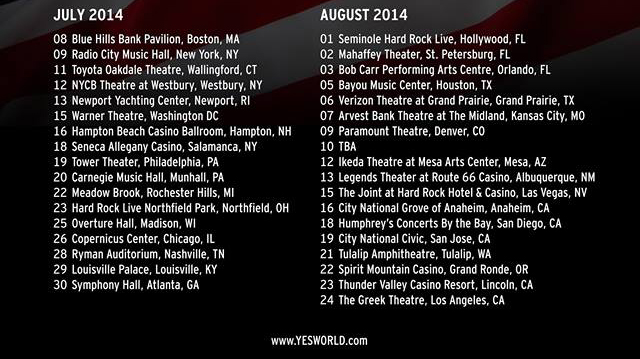