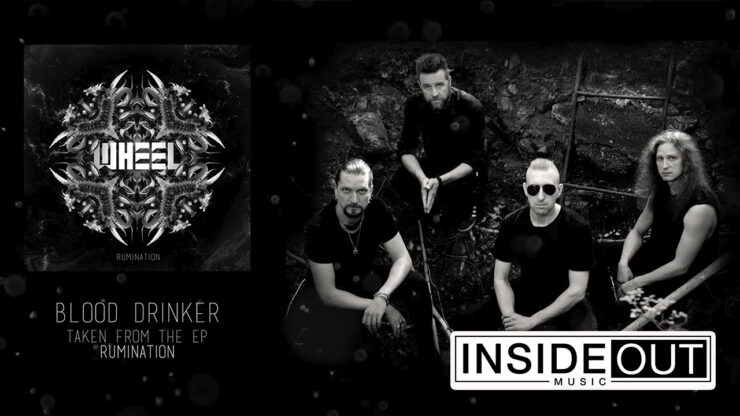 InsideOutMusic are extremely pleased to announce the signing of Anglo-Finnish progressive metallers Wheel, to a new worldwide deal. With the band about to imminently hit the road in North America alongside Apocalyptica and new label-mates Leprous, they are also excited to launch a brand new single titled ‘Blood Drinker’. This is the first song to be taken from their forthcoming ‘Rumination’ EP, you can listen to the track here:

Of the signing the band comments: “InsideOut feels like the perfect fit for Wheel, due to both the impressive roster of bands they represent and their lovely staff, who fully understand and support the kind of music we want to produce. We have always been about building lasting relationships and anticipate a great future working closely with the label in the years to come.”

InsideOutMusic label-head Thomas Waber adds: “We are excited about signing Wheel and buidling a successful future together. We have been following them for quite some time and it feels like the right moment to take them to the next level!”

Of their new track ‘Blood Drinker’, James Lascelles explains: “This song is about how surprisingly often, murderers garner huge amounts of attention, press coverage and fame while their victim’s name’s at best, become a footnote in their respective killer’s legacy and more often than not, their names are not remembered at all.”

As mentioned, the band are about to begin an extensive North American tour supporting Apocalyptica and Leprous throughout September & into October. This will be followed by further dates with Apocalyptica in Finland in November, before joining them again in Europe in early 2023. For the full list of dates, head over to http://wheelband.net/

Following the bands powerful debut album ‘Moving Backwards’ in 2019, they returned in 2021 with the punchy ‘Resident Human’, a record that was packed with vivid vistas of expanding and contracting sounds, whilst honing the bands intensity into something compelling and energetic. The band capped off 2021 supporting Leprous across Europe on their anniversary tour, with extensive live plans in place throughout the rest of 2022 and into 2023, when they will release their third studio album.