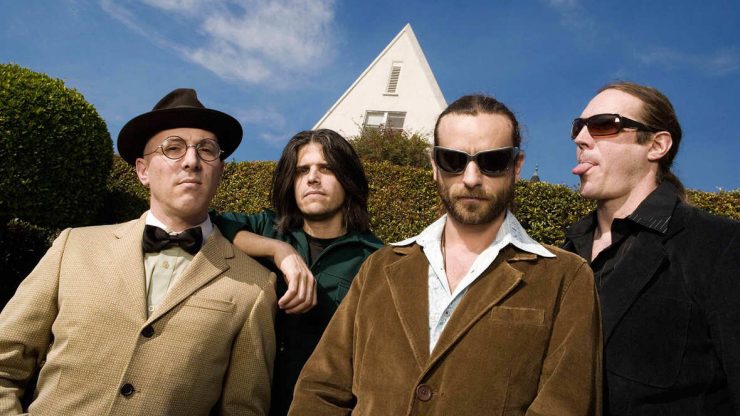 Tool, the band that always seems to be working on a follow up album that never happens, have finally given more concrete info on an upcoming new album.  Posted on the band’s Facebook page, the band themselves have revealed that the new album is in fact written and they are heading into the studio to record.  Whether or not an album will be released at some point is still unknown, but this is as close as the band seem to have come to making new music in a long time.  The message on the band’s page read as follows:

“Who’s ready for some major breaking news? Brace yourself; get ready… okay, here we go. We are very excited to announce what is sure to be welcome news for both fans of TOOL and prog-metal enthusiasts in general. After all the years of writing and arranging (and re-arranging) at the band’s loft, I can at this time officially report that the guys have moved into a major studio where the recording process for the next album is about to begin in earnest. For the past few days the band members have been getting sonically adjusted to their new surroundings – dialing in the equipment settings and restaurant catering choices – in preparation for Danny to begin his tracking any time now – perhaps by the time that you read this!

I am also excited to announce that ‘evil’ JOE BARRESI will once again have his capable fingers at the engineering controls for what will certainly be another masterful TOOL offering by the talented team. Pinch yourself if you want, but I have been told that all systems are GO at this point for the upcoming sessions.

I will be posting periodic bits and pieces on the progress of the tracking once the guys get deeper into the recording process, and hope that all of you will keep checking back to the official website for these updates. In the meantime, be sure to also visit the individual band members’ sites and socials (Twitter, Facebook, Instagram, etc.) for more inside glimpses as TOOL prepares for the next stage in their musical odyssey.”