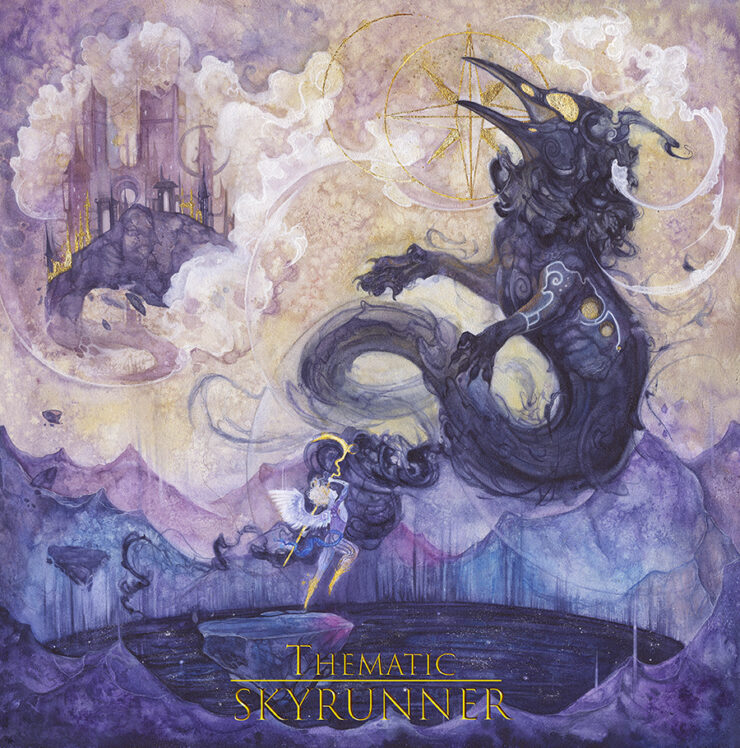 Review of the new album by Thematic – Skyrunner

American prog rock quartet Thematic have a new album out titled Skyrunner released on Jan 31st, 2020. If you’re not familiar with the band, that shouldn’t come as a surprise.  Thematic are an independent, unsigned band from Indiana, not exactly the hotbed of prog rock.  But don’t let that fool you.  Thematic are the real deal, a band with great vocals, harmonies, playing and songwriting.  Now it’s time more people take notice.

According to the band, “‘Skyrunner’ is a concept album that tells of a hero’s quest to honor a promise. It is a tale of an epic journey through the fall from grace, the battle for redemption and the ultimate glory and tragedy of salvation. It is a story of honor and valor, of a tormented soul and his quest to restore the light of hope and love to a world and soul consumed by darkness. It is a story of a promise kept.”

The band spent 2 years working on this concept album, which was mixed and mastered by award-winning producer, Forrester Savell (Karnivool, Animals as Leaders, Twelve Foot Ninja, I am Giant).  The production is stellar, further making this album one that captures your attention from the beginning.

The album opens with the brief tribal instrumental “Incarnate” which leads into the calm acoustic opening of the title track.  The song explodes with brilliant vocal harmonies over a wall of guitars.  This is definitely a great opening track and one where the band lay claim to their sound.  “The Open Arms of Grace” is slightly more aggressive, approaching a Djent-style, but still finding a melodic approach. “Dirt and Chains” finds the band approaching metal territory while “The Last Boundary” explores some growl vocals amidst some interesting Middles Eastern rhythms and shifting time signatures.

The single “Silence in Thought” is another highlight, opening with acoustic guitars over what at first seems like a ballad, however the song quickly shifts into a more progressive track.  Of course, for good measure, there is the 12 minute closing track to satisfy any prog fan.

‘Skyrunner’ is an excellent album by a band that deserves to make a name for itself.  Thematic are definitely a new band to keep an eye on.