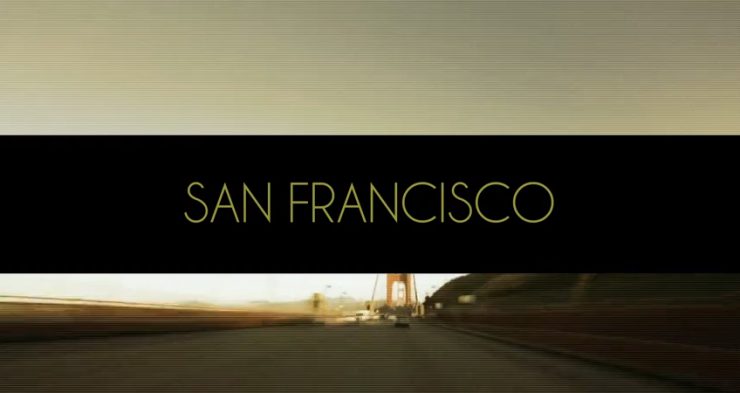 New lyric video from The Tangent for the song “San Francisco”

The Tangent’s new album ‘A Spark In The Aether – The Music That Died Alone Volume Two’, is due out on April 20th, 2015 in Europe and April 21st, 2015 in the US, and now you can check out the new lyric video for the track ‘San Francisco’, which sees The Tangent moving slightly outside the familiar surroundings of Progressive Rock.  The track is a part taken from the 20 minute epic track “The Celluloid Road.”

Band leader Andy Tillison had this to say about the song:  “It is part of a long piece about the way we view America from other parts of the world, and as such some of the music is reflective of the subject matter. Highly inspired by the TV theme tunes of the 1970s with shows like “The Streets Of San Francisco”, “Kojak” & films such as “Shaft” and “Bullit” – this song takes an affectionate, tongue-in-cheek look at the sheer number of times San Francisco has been destroyed on-screen. It also pays homage to the Oakland (a bay area city close to San Fran) band “Tower Of Power”.

A Spark in the Aether andy tillison san francisco the tangent