The Sea Within release studio teaser for debut self-titled album 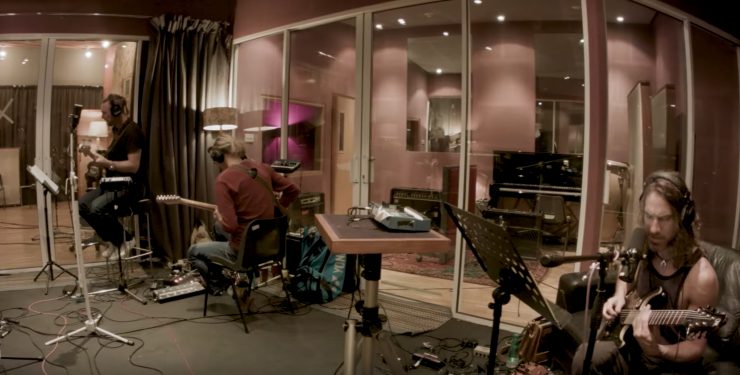 Their debut self-titled album will be released 22nd June 2018.

Now they are pleased to give fans a glimpse at the recording process for the album, as well as a very first taste of the music. Watch & listen to this studio teaser video here:

Let’s get one thing straight from the start. The Sea Within is more of an amalgamation of some serious talents, than a regular “supergroup”. These musicians have come together to create a unique album. Guitarist/vocalist Roine Stolt, bassist Jonas Reingold, keyboard player/vocalist Tom Brislin, drummer/vocalist Marco Minnemann and vocalist/guitarist Daniel Gildenlöw have a vast reservoir of experience. Look at the portmanteau of artists with who they’ve worked: The Flower Kings, Transatlantic, Jon Anderson, Steven Wilson,The Aristocrats, Joe Satriani, Yes, Steve Hackett, Renaissance, Pain Of Salvation, Deborah Harry, Meatloaf, Karmakanic … that of itself tells you this is something very special.