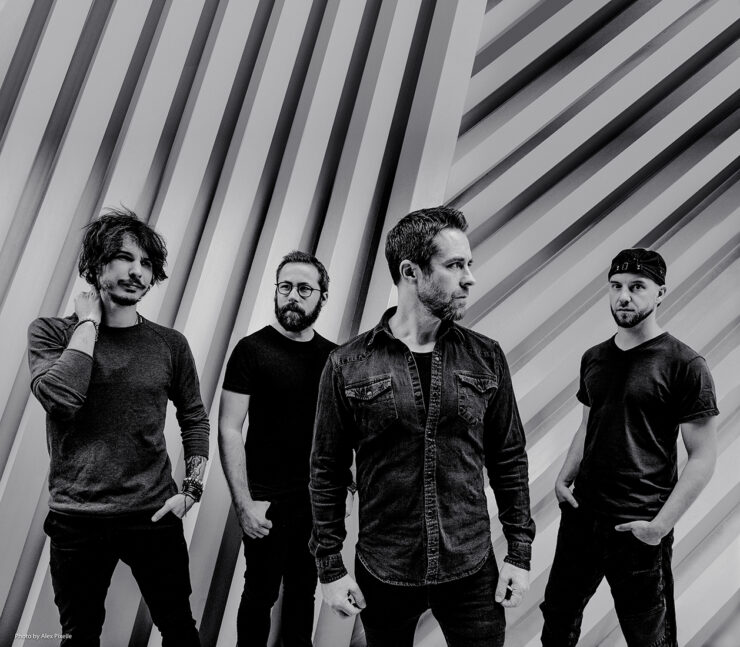 The band around singer Gary Kelly has already caused a big stir internationally with their two albums MOLYBARON (2018) and THE MUTINY (2021).
The sound of the band is multifaceted and ranges from influences from Tool, to Mastodon, Gojira and Muse.

With a big partner behind them, they are now ready to take the next big step.

The band comments their new deal as follows:
“We’re over the moon. Every kid who picks up a guitar dreams of joining a big label one day and after 6 years of hard grind, we’ve finally done it! We want to give a massive thanks to our formidable manager Richard Gamba (Sphere Manage), who saw something special in this band and made this deal possible. We are so excited about our future together! To Thomas Waber and InsideOut Music for putting his trust and faith in us. To our publisher Nicolas Ramaget (Editions Hurlantes), for his tireless support and counsel. But of course, none of this could happen without the unbreakable support and belief of our families, friends and our fans! Thank you all and let’s get to work!”

To get a glimpse of the band’s powerful and infectious sound, check out the official video for “Animals”:

You can listen to their current album THE MUTINY via this LINK.

More news and information will follow in the coming weeks!