The Dear Hunter – All Is As All Should Be (Album Review) 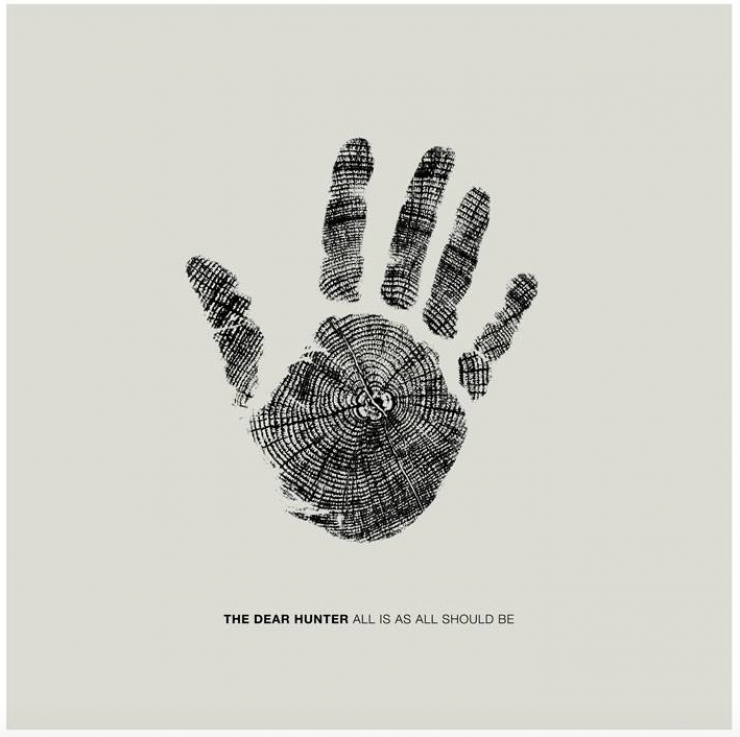 The Dear Hunter is quickly becoming one of the more prolific acts in music, having released 2 albums in as many years and now returning with a brand new EP on their own label Cave and Canary Goods.  Mastermind behind it all is Casey Crescenzo, who seems to have an endless supply of exciting musical ideas and that is ever present in this collection.  Despite only containing 6 songs, it is as powerful a statement as the band has made and if not for the fact that it is only a 6 song EP, might be this reviewers album of the year.

For anyone who is already a fan, you know what to expect, and that is the unexpected.  The band have a basic framework for their sound, which is subtly rooted in alternative rock, but each song and album is then layered with explorations into multiple genres, surprising changes, lyrical gymnastics and glorious melodies, the kind bands like Radiohead have yet to discover. Nothing is out of bounds but a song always remains at the core and never gets off course, and that is what makes this collection so engaging.  For those that don’t know the band, this is a fairly reasonable way to get acquainted with the group.  Over the 6 songs, a lot of ground is covered, and if it captures your imagination, hours of more great music awaits somewhere on Spotify or Apple Music from the group’s diverse catalog.

The opening stomper “The Right Wrong” is as standard as the band comes to a rock song, with a guitar riff that recalls tracks like “A Night on the Town.”  The chorus is anthemic and showcases Crescenzo’s incredible range.  Midway the band enter a powerful breakdown where the rare solo is greeted with bombastic organs.  The second track throws everything from the opening number out the window and enters into a more frantic approach with sounds and vocals bouncing off the walls.  The production here is outstanding.

“Beyond the Pale” marries Crescenzo’s knack for a simple understated melody with Shakespearean-style lyrics.  The emotion crescendos before seamlessly segueing into the album’s celebratory moment with “Shake Me  (Awake),” a Beach Boy’s style acoustic number with more hooks than a coat rack.  And somehow in all the joy, Crescenzo inexplicably finds a way to rhyme with the word mortuary.  Few bands could pull off a song like this in a collection with no other songs that sound like this.  Blast it loud and before you know it you’ll be singing, “before I’m in the mortuary.”

“Witness Me” is a haunting number that employs many of the elements found in the Act series from the bands’s previous albums, but the album culminates with the powerhouse title track, one of their best.  The chorus is explosive and powerful as Crescenzo proclaims in his most powerful outburst “All is as all should be!”  The track hits you right in the core.

The 6 songs in this collection take the listener on a journey through various sounds, styles, and emotions and afterwards you feel like you heard all you need to hear and that indeed all is as all should be.  The Dear Hunter is a treasure that keeps on giving.  Even with this EP, they have exceeded expectations.

Released on December 1st, 2017 on Cave and Canary Goods